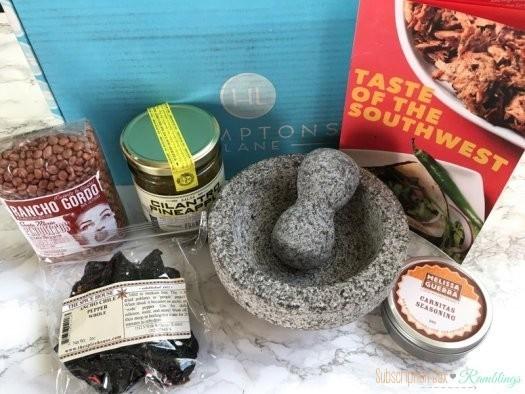 Hamptons Lane curates an amazing monthly box of artisan foods, kitchen tools, and serveware for the food lover. Boxes are $47/month and are revealed at the beginning of every month. Boxes are created around a monthly theme, such as Southwestern Fiesta, Summer Cocktail, The Best of BBQ, Coastal Italy, etc. Unlike most subscription boxes, you can skip the box if it doesn’t interest you during the first five days of that month. 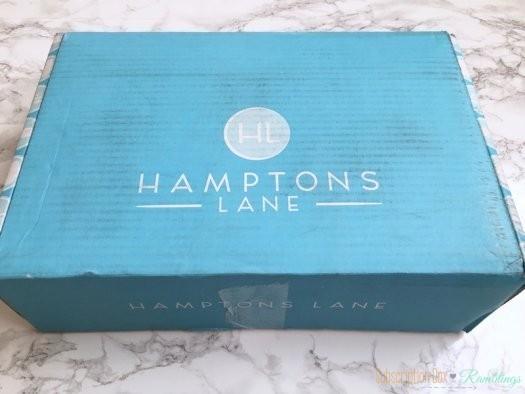 Hamptons Lane ships in the second half of the month. 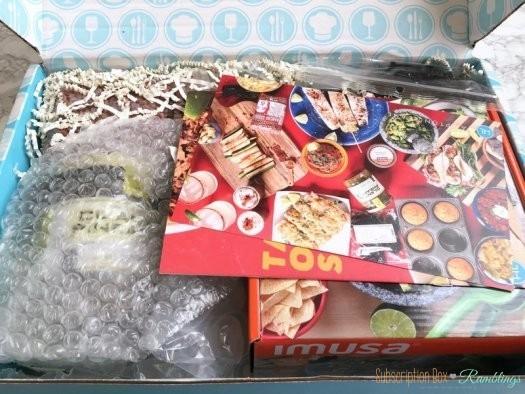 This month’s Hamptons Lane box was so heavy! 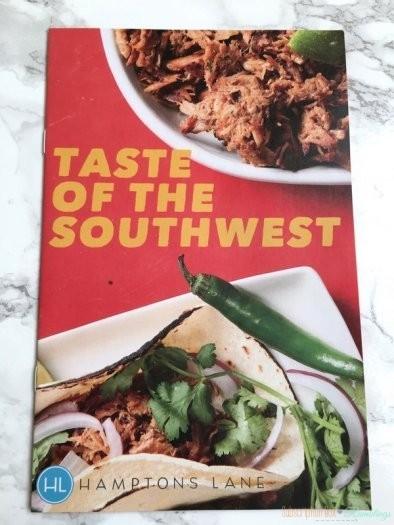 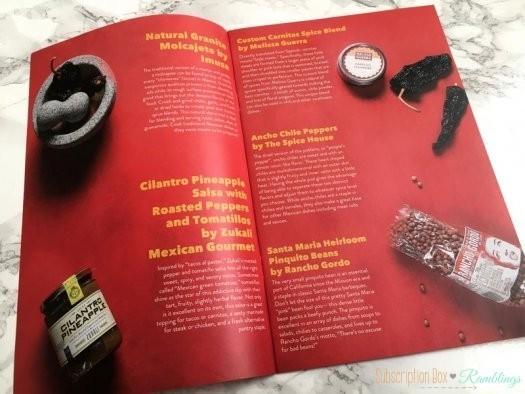 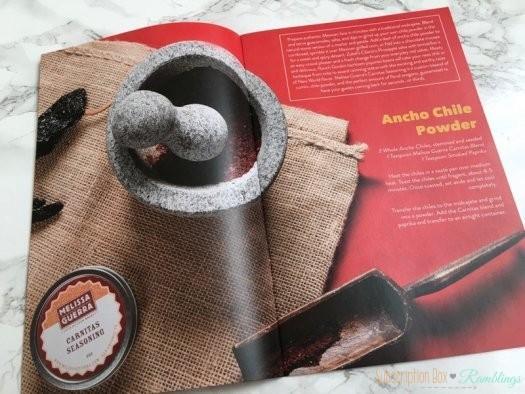 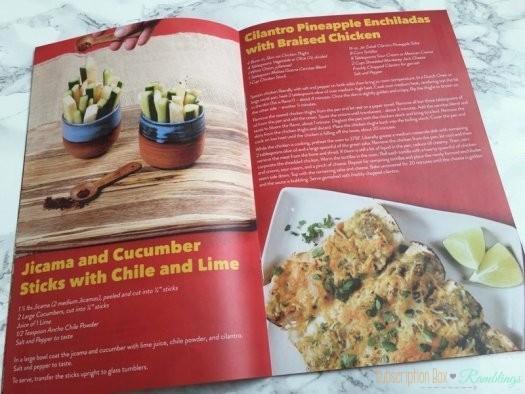 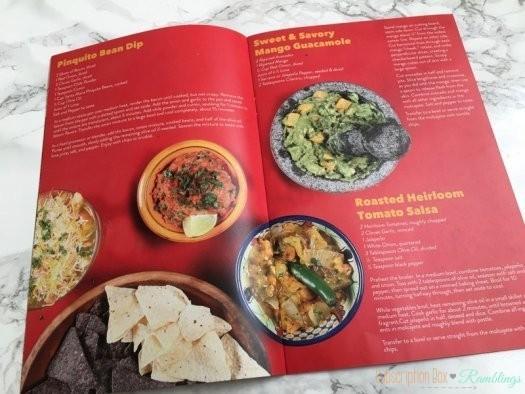 The September 2016 Hamptons Lane theme was “Taste of the Southwest.”  The information booklet contains both product information, but also recipes and ideas on how to use the products featured in the box. The box included the following items:

~Natural Granite Molcajete by Imusa ($16.99): One of the first Hamptons Lane boxes (back in April 2014) included a large molcajete.  Since I still have that one, I think I am going to pass this one on to a friend.  This one is granite (that one was lava rock) so it’s not quite as complicated to clean it which is good.  This can be used to not only make guacamole but also to crush spices and fresh or dried herbs.  The best part is that it can be used as a serving dish meaning fewer things to clean up. 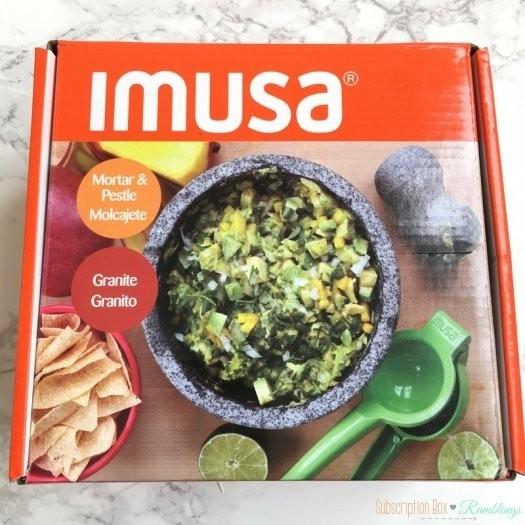 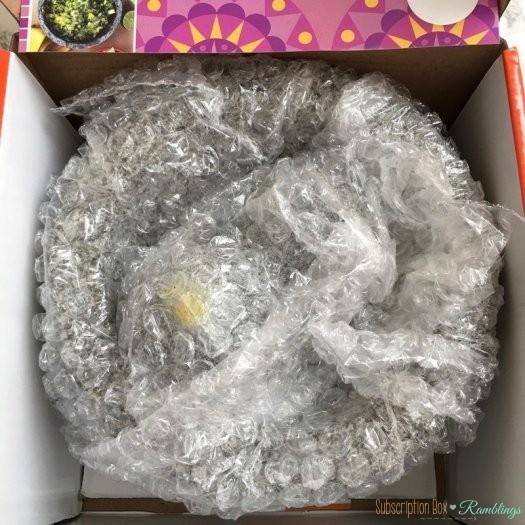 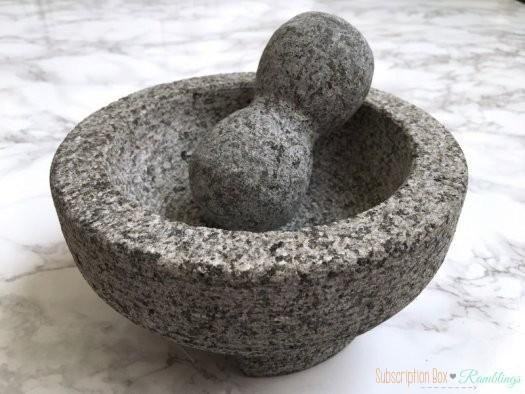 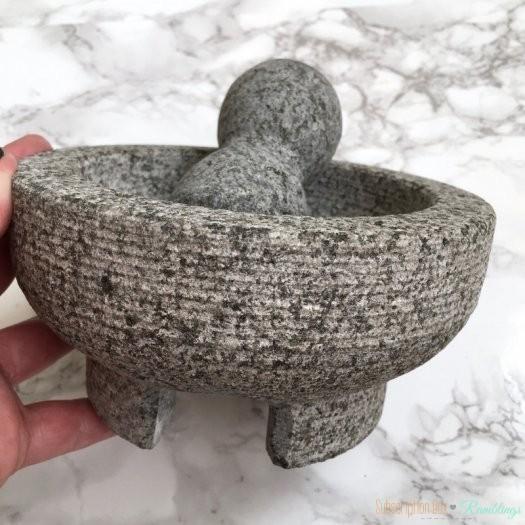 ~Santa Maria Heirloom Pinquito Beans by Rancho Gordo, Napa, CA ($5.95): These beans are small but dense and very filling.  The information card suggests using them in a Pinquito Bean Dip and / or an Ancho Chile Chili and included recipes for each.  I think we’ll just use them on tacos, though.  They taste too good to “hide” in a chili. 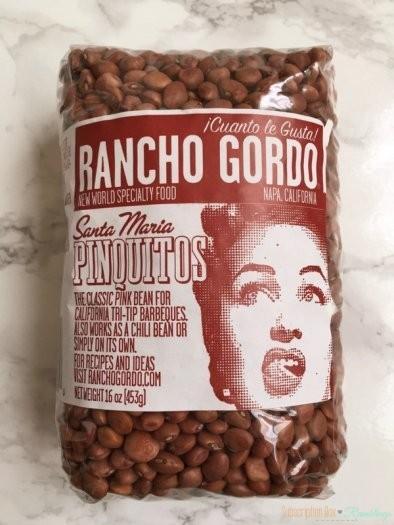 ~Cilantro Pineapple Salsa with Roasted Peppers and Tomatillos by Zukali Mexican Gourmet, McKinney, TX ($6.95): This salsa isn’t the most attractive looking, but it tastes delicious.  I would describe it as zippy.  It’s not overly spicy, but also not a fruity salsa.  I love it. 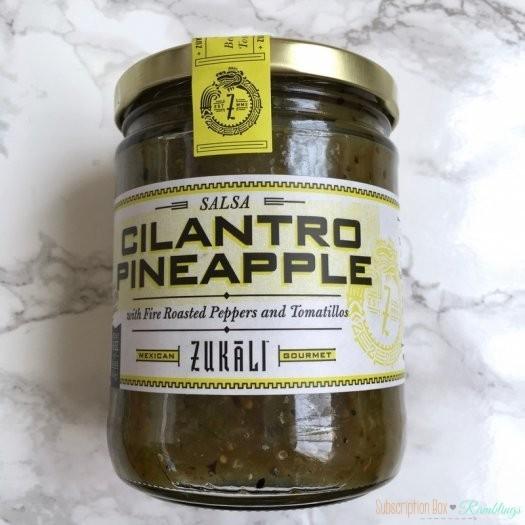 ~Ancho Chile Peppers from The Spice House, Chicago, IL (~$2.50): These are going to be another item for B’s next batch of chili.  He doesn’t usually follow a recipe, but may this time because the Ancho Chile Chili looks really good! 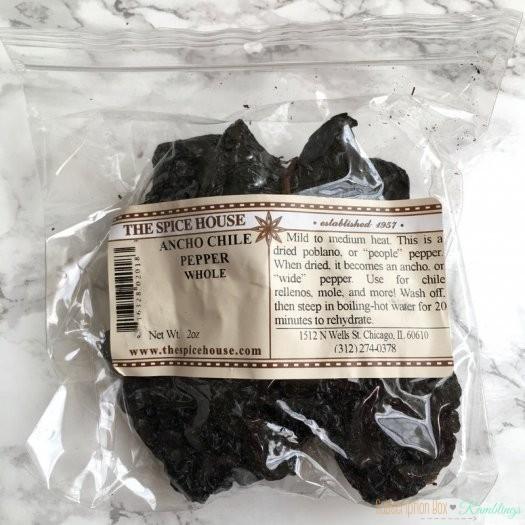 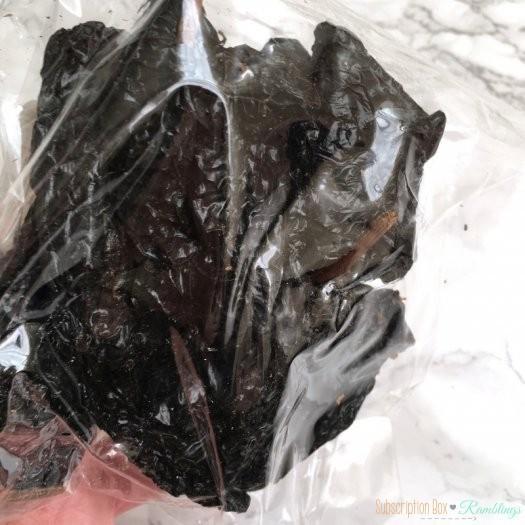 ~Carnitas Spice Blend by Melissa Guerra, San Antonio, TX: The final item in the box was Carnitas Seasoning.  The recipe included for this one is a Beer Braised Pork Carnitas.  B has been traveling a lot in the past few weeks, but I think it should slow down for a bit so we can make these.  The seasoning is a blend of cumin, chile powder and lots of oregano. 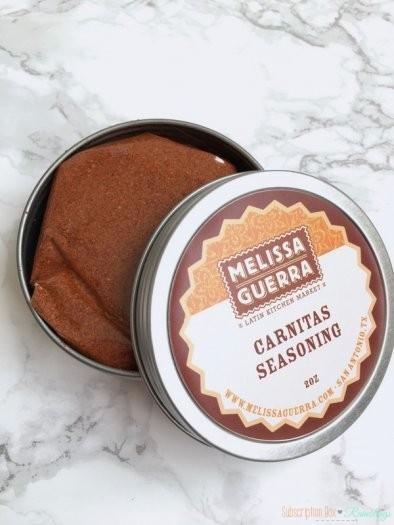 I couldn’t do a full cost breakdown for this box as I couldn’t locate the Melissa Guerra Carnitas Seasoning for sale anywhere.  Not including the seasoning the box had a value of $32.39, which is on the low end for Hamptons Lane.  I would have loved to see an additional item in here – maybe a fun kitchen gadget?

Coupon Code
If you are interested in subscribing (this box is still available) or want to learn more, click here and use the coupon code “Subscription10” to save $10 off your first box.

BarkBox Free Extra Toy Per Month (or) 15% Off Subscription!