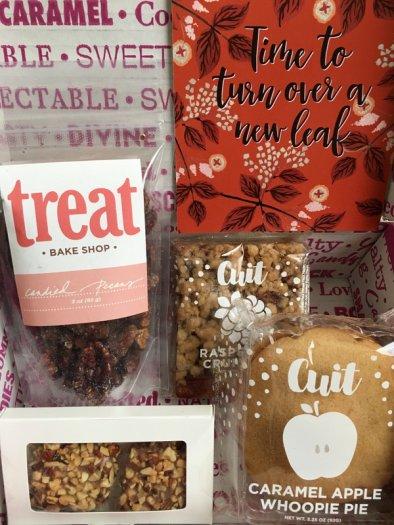 Treatsie is a couture candy of the month club that delivers individually sourced confections from all over the world to your mailbox. 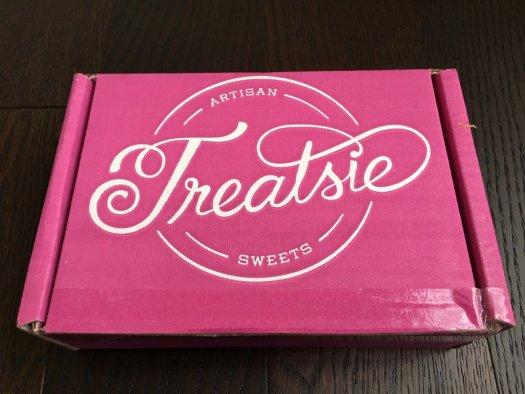 Treatsie ships via USPS during the second half of the month. They have a shipping calendar on their website which you can check to find exact shipment dates for each month.  The September shipment was significantly delayed as a result of a sourcing issues.  The Company sent out an e-mail a few days noting that they dropped the ball on communications with subscribers, explained the reasons why it happened and detailed the steps they have taken to improve going forward.  I thought the e-mail was handled well and hopefully the October box is shipped timely. 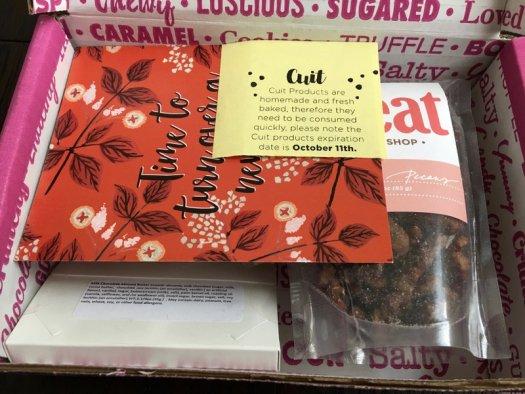 I’m doing Weight Watchers right now, so my husband (aka B) took one for the team and tried most of these snacks for me.  He’s the best ;). 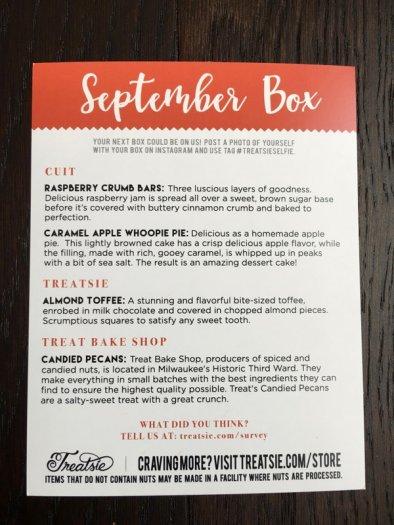 The September 2016 Treatsie Box theme was “Time to Turn Over a New Leaf” and included the following items:

~Cuit Caramel Apple Whoopie Pie: Cuit products are homemade and have a short shelf-life – the ones I received in my box expire on October 11th, which means – GET SNACKING!  The description makes this sound incredible – lightly browned cake, gooey caramel, crisp apple flavor, sea salt, etc., but it didn’t quite hit the mark for B.  He said it lacked flavor ;(. 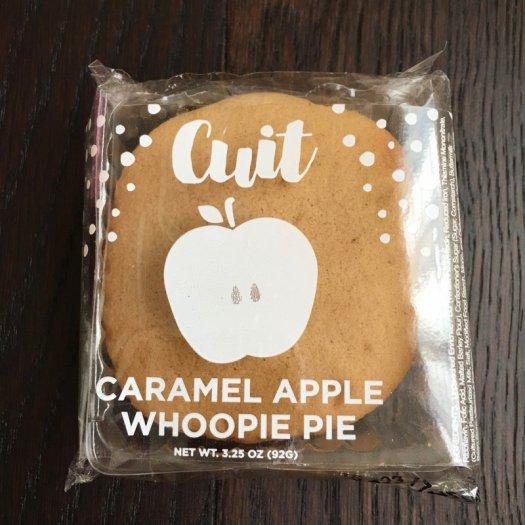 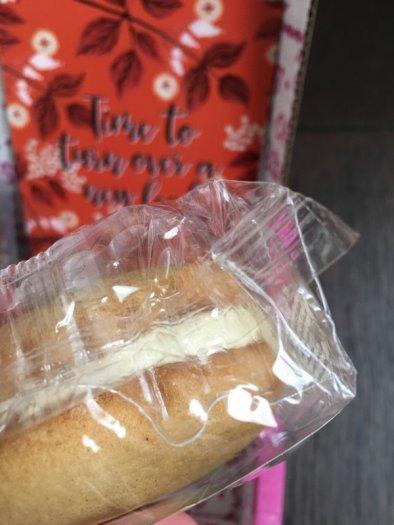 ~Cuit Raspberry Crumbler: This one was a win!  It has raspberry jam over a brown sugar base and is covered in buttery cinnamon crumb before being baked.  He thought this one was very tasty and flavorful. 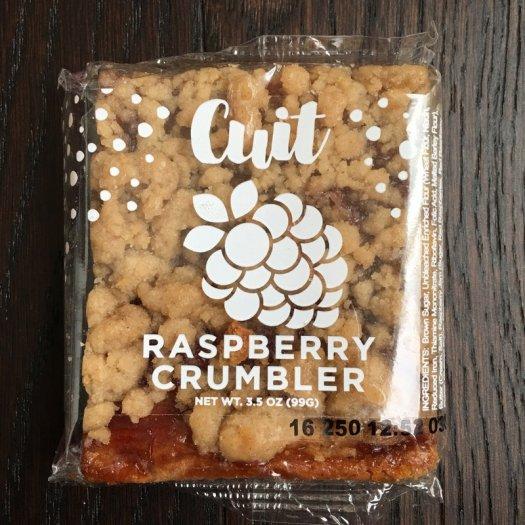 ~Treat Bake Shop Candied Pecans: Candied Pecans aren’t generally B’s favorite type of treat, but I think the fact that these are made in Milwaukee won B over.  He grew up in Wisconsin so he’s a little biased towards all things WI. 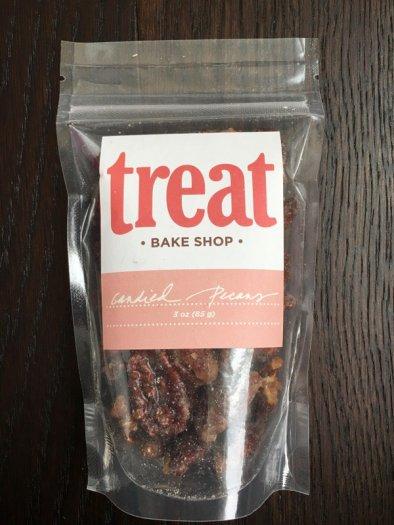 ~Treatsie Almond Toffee:  These weren’t too hard / crunchy like some toffee can be.  B said it wasn’t the best he’s had, but was flavorful and he’d have it again. 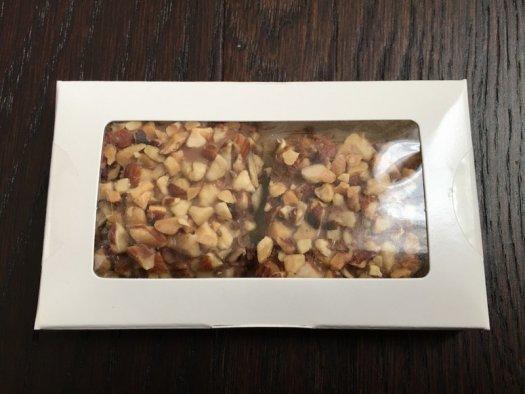 I never do a cost breakdown on Treatsie, but as usual, I will say that this isn’t a “value” subscription.  Instead, it’s a way to try a bunch of yummy snacks you may never have discovered otherwise.

If you are interested in subscribing to Treatsie you can use the coupon code “HOF028VDE3” to save $10 off your first month, making it just $9.95!