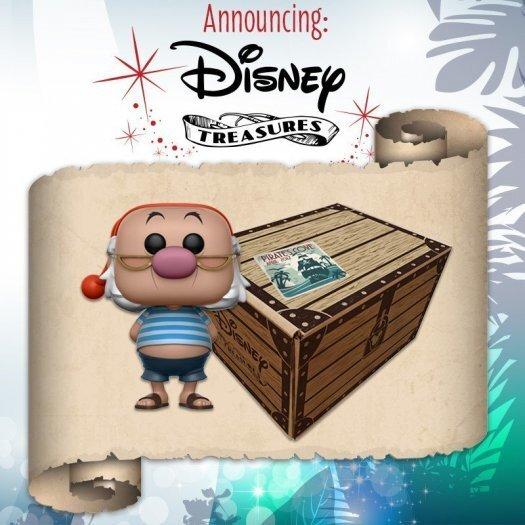 Disney and Funko have teamed up for a brand new subscription box called “Disney Treasures“.  No pricing has been announced, but we do know that the debut box theme is “Pirates Cove“.

Ahoy there mateys! Get ready to embark on our maiden voyage as we prepare to ship out our debut Box, Pirates Cove! The Pirates Cove Box includes a Mr. Smee Pop! and so much more Funko exclusive Disney Pirate booty!

From Disney
Finally, it’s the moment you’ve all been waiting for! Experience the magic with our brand-new Disney subscription box, Disney Treasures!

Funko has collaborated with Disney to curate a subscription box service – Disney Treasures – featuring the most memorable Disney movie and parks moments! Each box is filled with 100% exclusive Disney collectibles and accessories created by Funko for Disney fans and collectors!
Spread the love