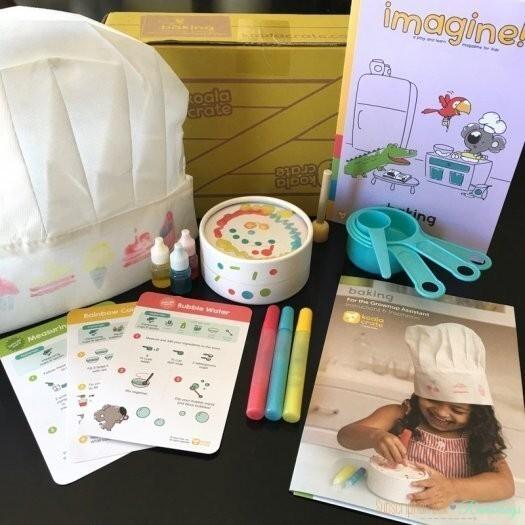 Koala Crate is from Kiwi Crate’s line of crates and is designed for preschoolers ages 3-4.  The box includes all the materials and inspiration for projects related to a theme such as colors, transportation or safari. Crates are designed to give children exposure to new materials and new concepts that encourage hands-on learning and fun.

Koala Crate
Cost: $19.95/month.
Ships To: United States and Canada.
Coupon Code: Use code “SHARE30” to save 30% off your first month of Kiwi Crate and their family of boxes! 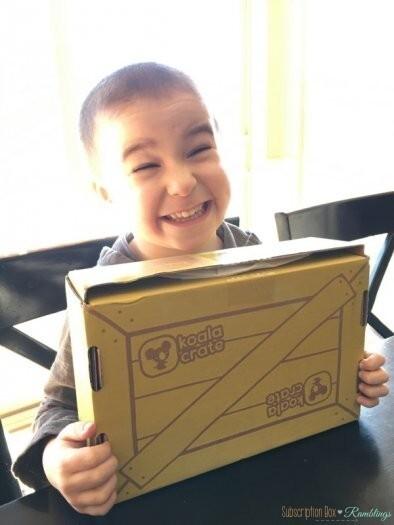 Koala Crate ships via FedEx Smart Post and usually takes about a week to arrive to me. 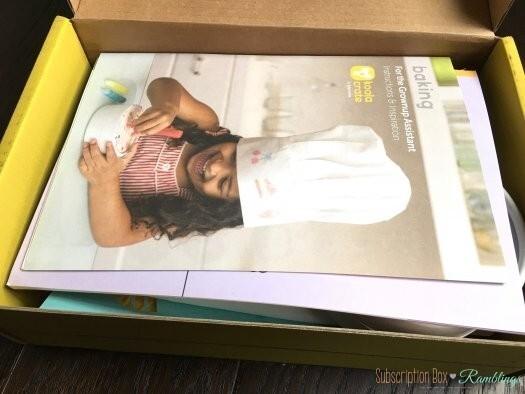 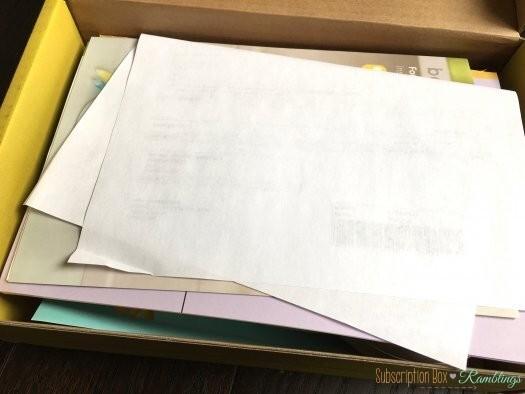 W, my 4-year-old, were anxious to get started on this one. 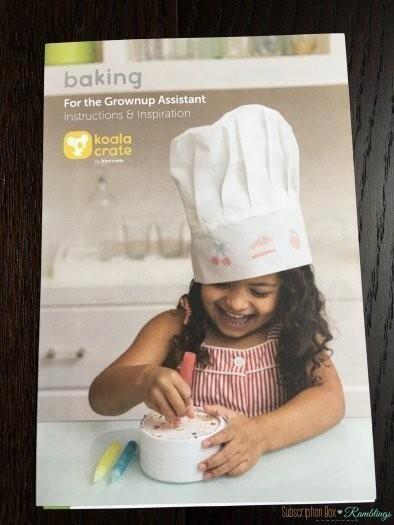 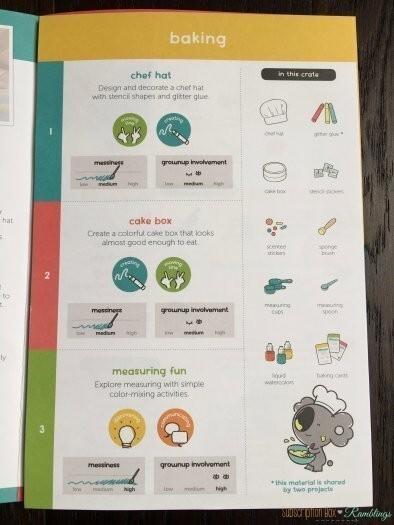 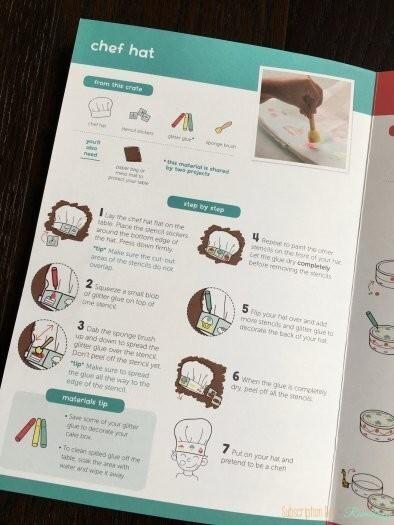 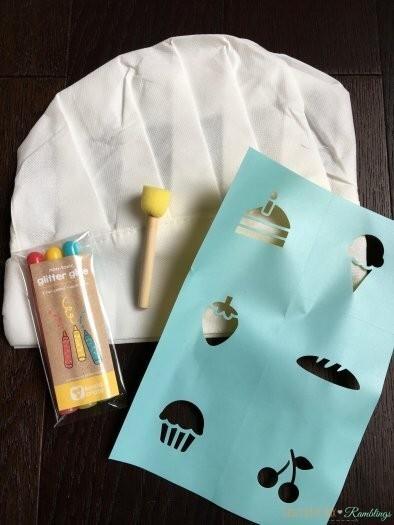 Chef Hat allowed your little one to design and decorate a chef hat with stencil shapes and glitter glue.  It was medium on the messiness scale, medium on the grownup involvement scale and involved “moving – fine” and “creating.” 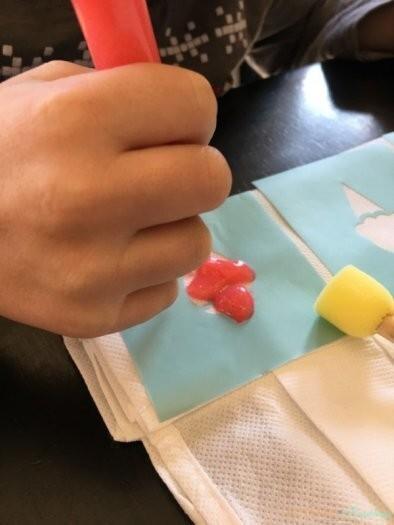 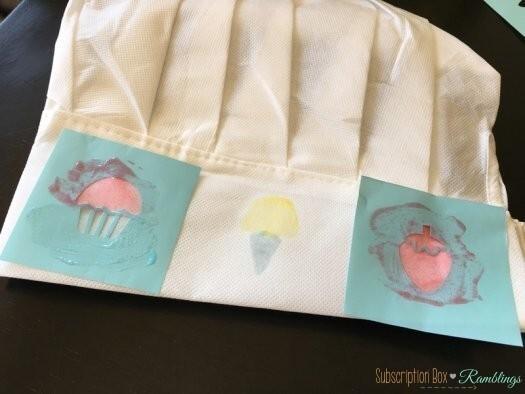 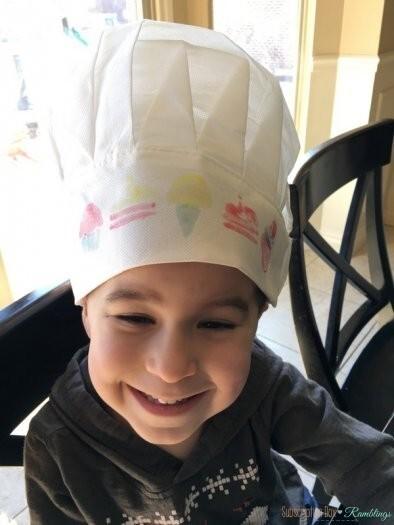 W looked adorable in his hat (of course he did), but I wish the glitter glue were a tad bolder.  We had some trouble with the glue bleeding thru the stencil, but I feel like that may have been our issue and not so much a box issue. 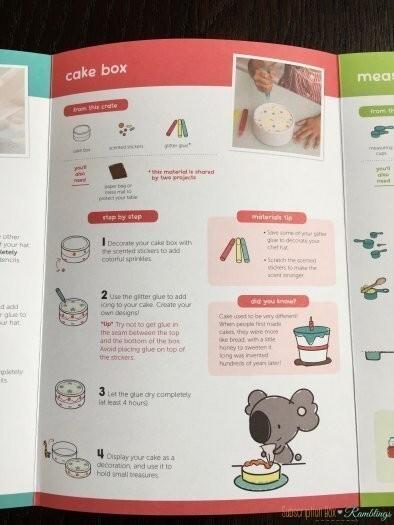 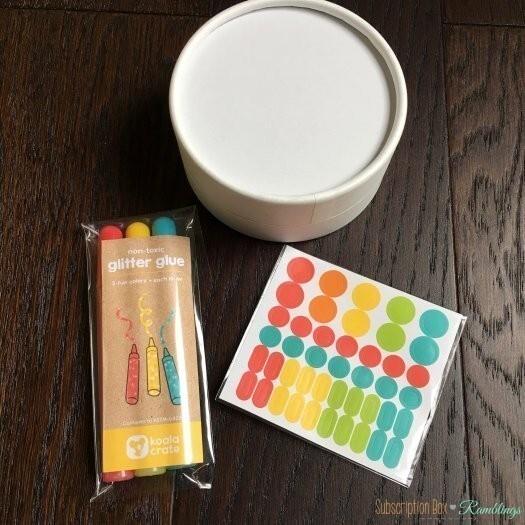 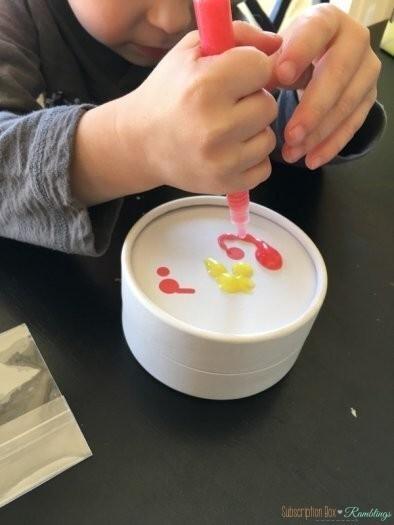 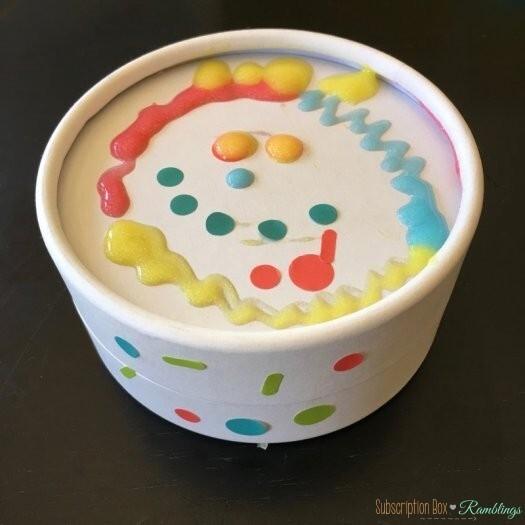 I wouldn’t say that our cake book looks good enough to eat, but “decorating” it was fun.  We could have used a tad more glitter glue, though.  We had to do a “restart” on decorating, but we’d used almost half our glitter glue on the hat, so we were already running short. 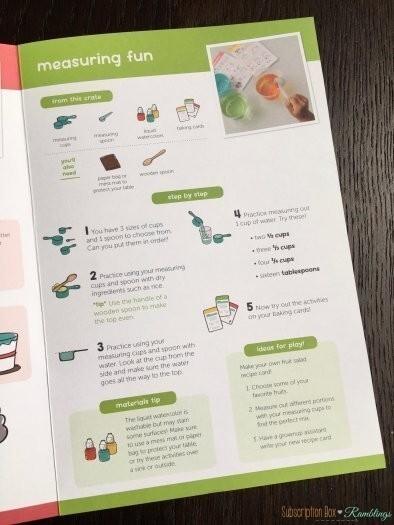 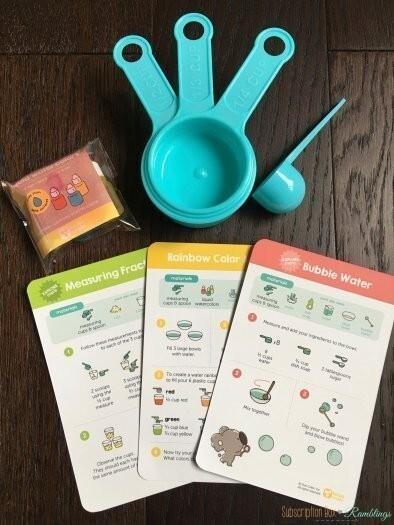 Measuring fun allowed us to explore measuring with simple color-mixing activities.  It was high on the messiness scale, high on the grown-up involvement scale and involved discovering and communicating. 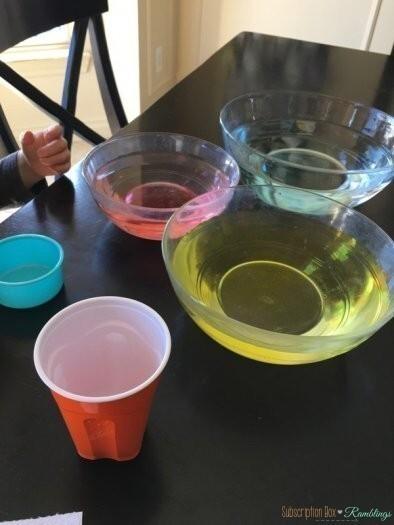 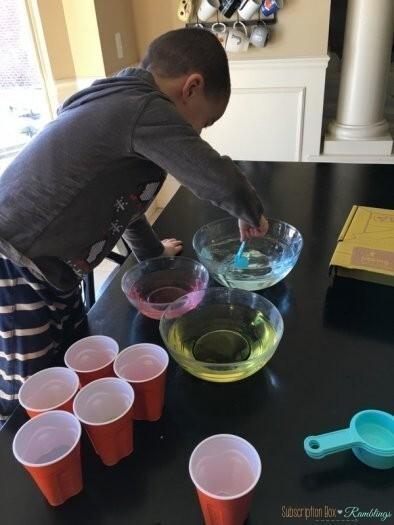 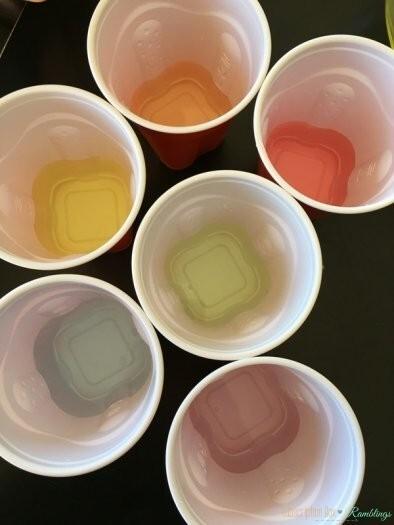 This was a huge hit! We used some of the baking cards to experiment, and we used some of our own ideas as well. We mixed color, measured, made bubble water and basically just had a great time! 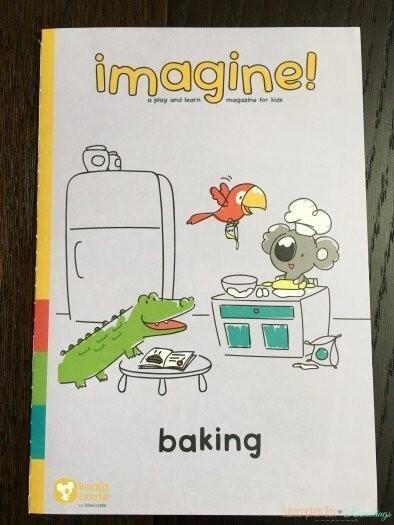 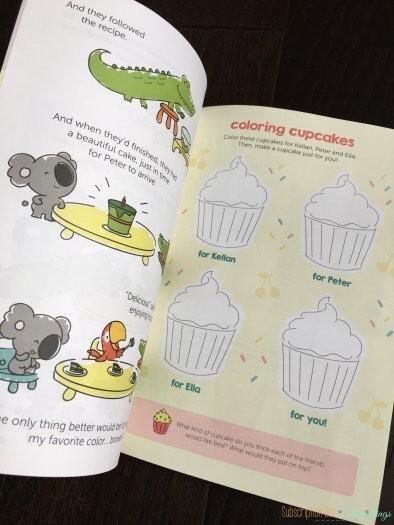 As usual, the box also contained an “imagine!” magazine. It has puzzles, stories, games and other project idea relating to this month’s theme.

What do you think about Koala Crate? If you are interested in subscribing, you can sign up here and use the coupon code “SHARE30” to save 30% off your first month of Kiwi Crate and their family of brands.

Popsugar Must Have Today Show Collaboration!