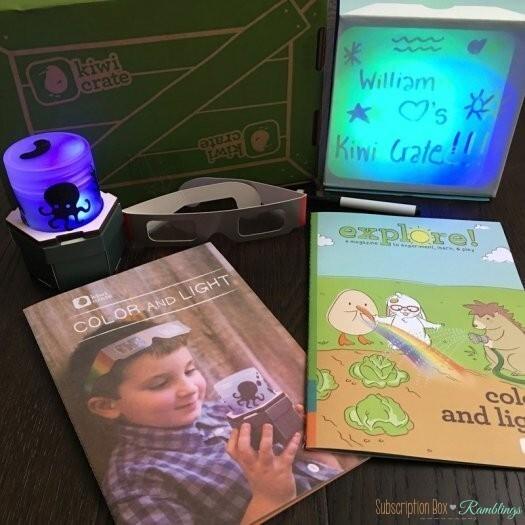 Kiwi Crate boxes are designed around fun themes and filled with all of the materials and inspiration for hands-on projects for kids ages 3-7. It was one of the first boxes I ever subscribed to, and we’ve enjoyed doing the projects over the years. 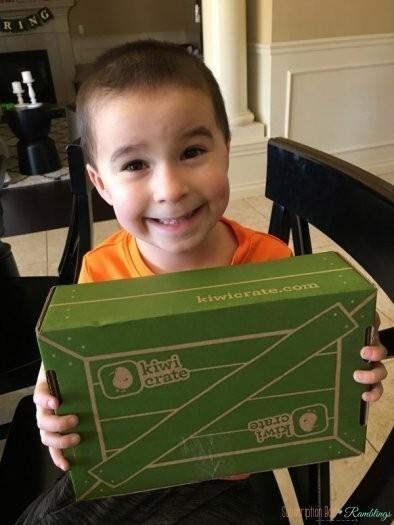 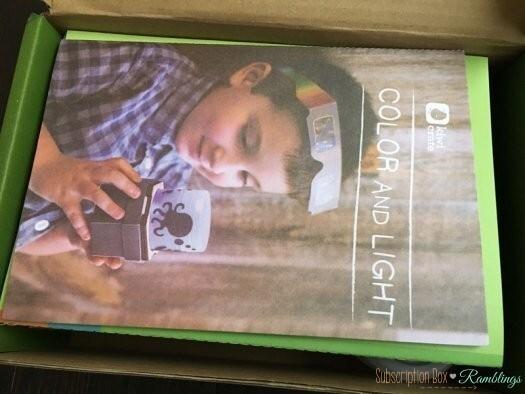 W (my 4-year-old) and I worked on this one together. He still needs quite a bit of help with the projects, but he loves working on them. 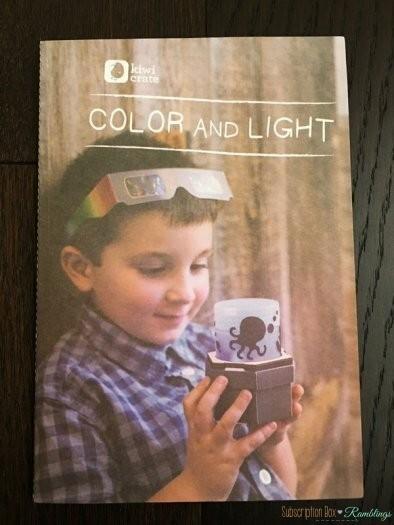 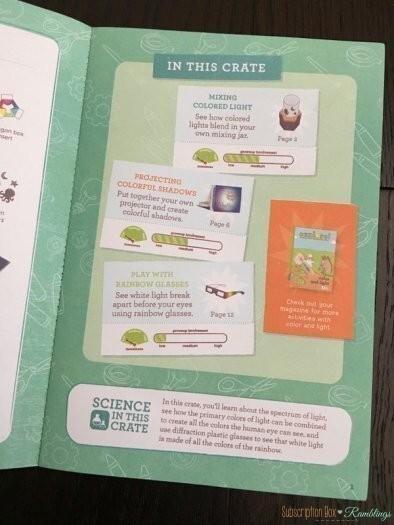 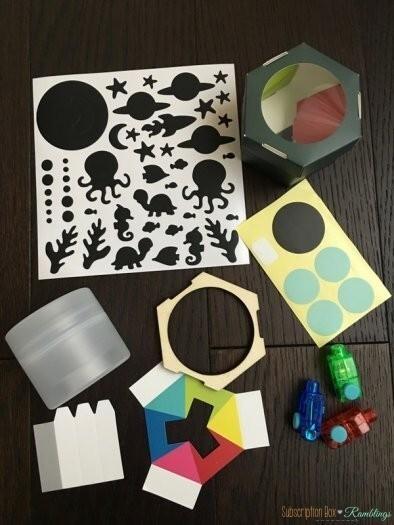 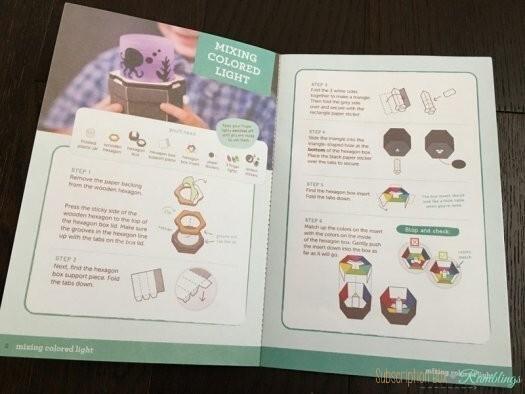 The first project we worked on was “Mixing Colored Light” and allowed you to see how colored lights blend in your own mixing jar.  It was low on the messiness scale and medium on the grownup involvement scale. 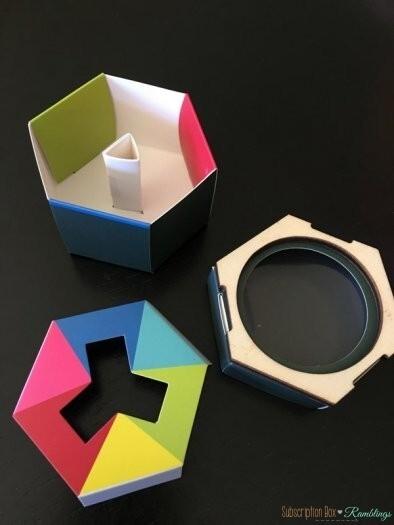 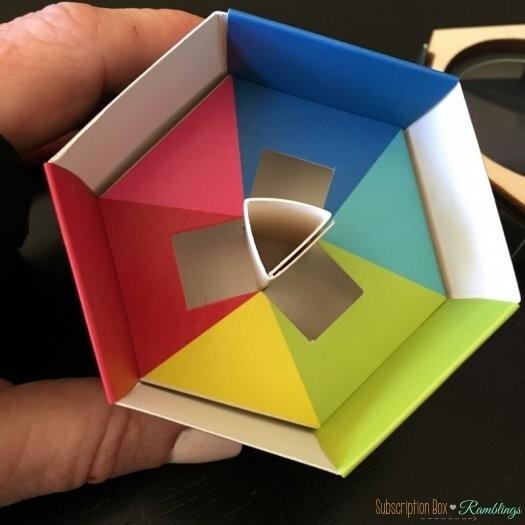 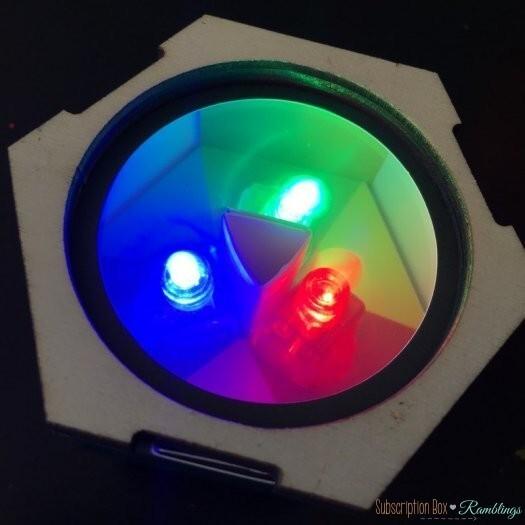 I did most of the assembly on this one.   As I mentioned W is on the lower end of this age-wise, so he needs a little more grown-up involvement than suggested in the information booklet. 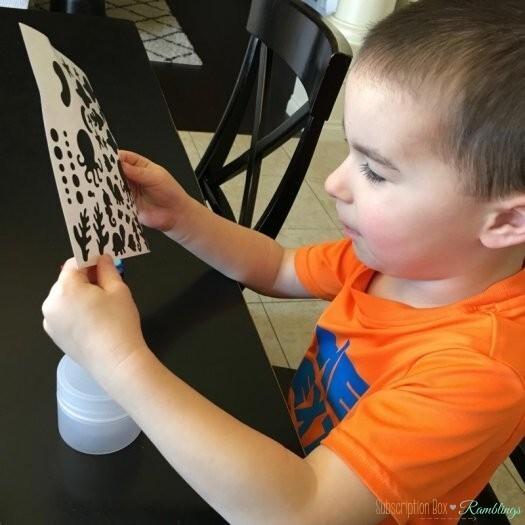 I may have done the assembly, but he had no problem doing the decorating!

This came out great!  We spent a bunch of time in the bathroom (basically the only place in the house without a window) testing out the different colors and seeing how they looked alone, when mixed, etc. 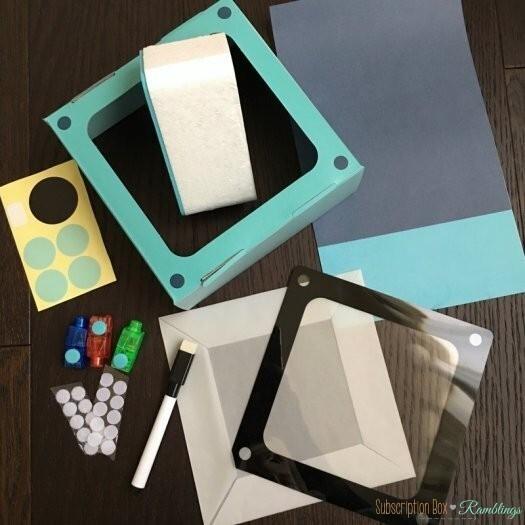 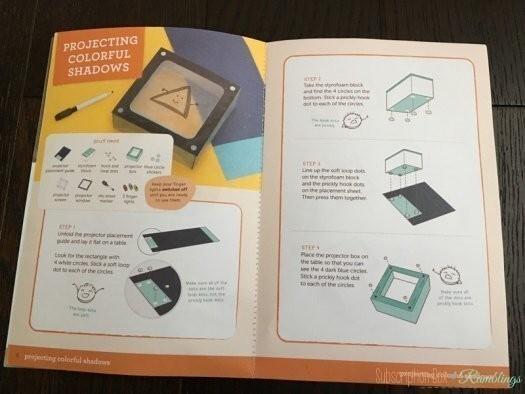 The second project was Projecting Colorful Shadows which included the materials to put together your own projector and create colorful shadows.  It was low on the messiness scale and medium on the grownup involvement scale. 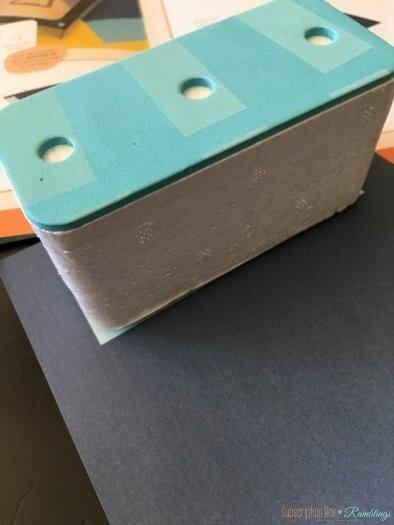 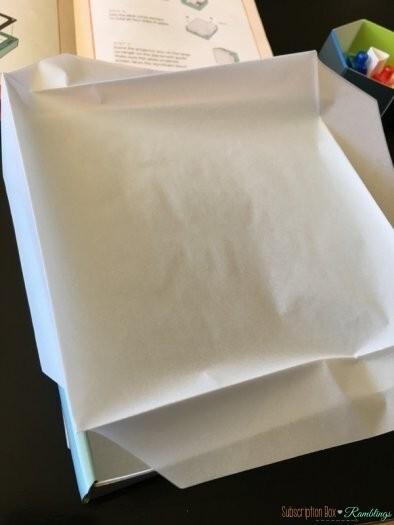 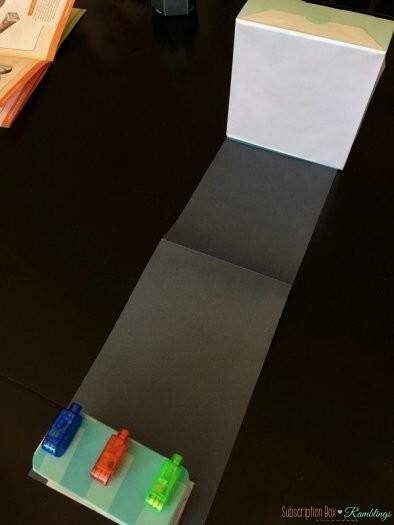 Again I did most of the building on this one.  W helped, but it was mainly on me.  L, my almost 9-year-old, could have done this all alone (and probably quicker than I did) ;). 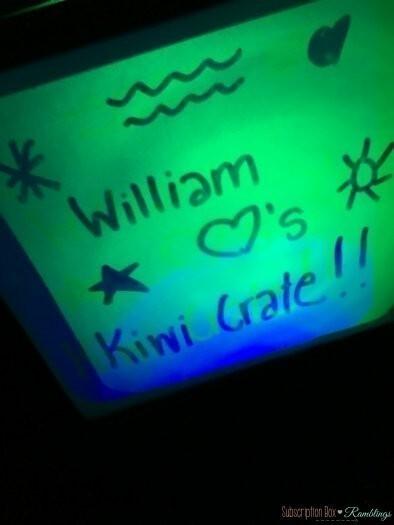 For some reason, I was confused by how this worked.  LOL!  I had to flip it around a few times before getting it to project properly.  We got it though and can make a bunch of different messages since it’s dry erase. 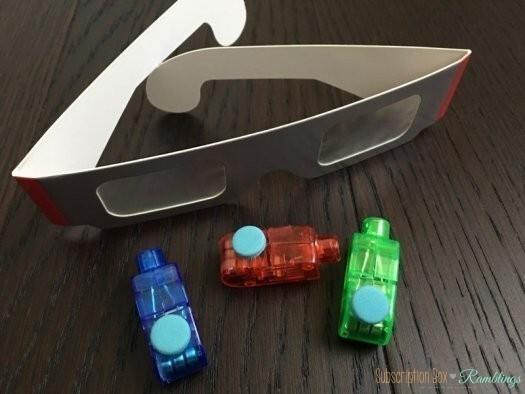 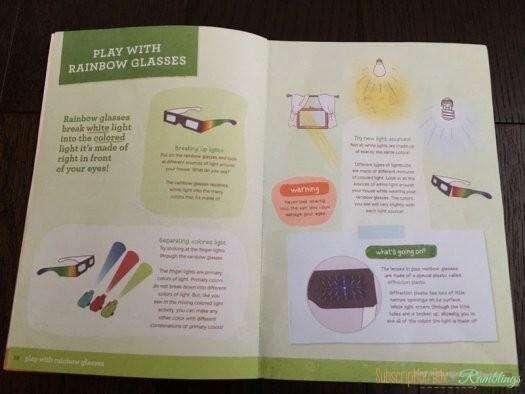 Play with Rainbow Glasses allowed you to see white light break apart before your eyes using rainbow glasses. It was low on the messiness scale and low on the grownup involvement scale. 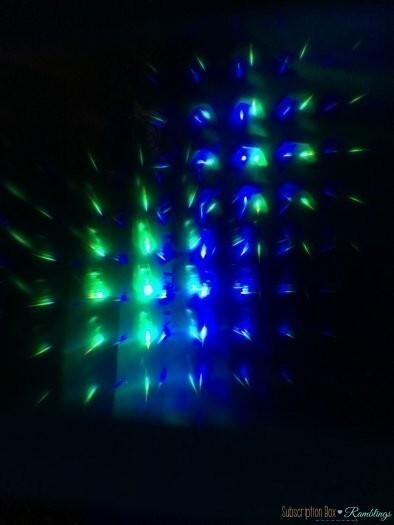 I tried to take a picture through the glasses, but I am not sure if you get the full effect. It was cool, though. One note – I wish they would have included child-sized glasses. These seemed to be adult-sized as they keep falling off W. 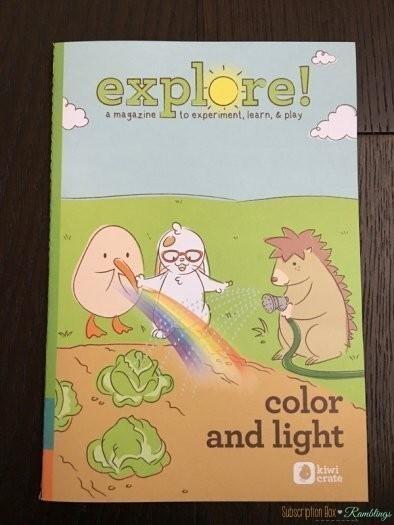 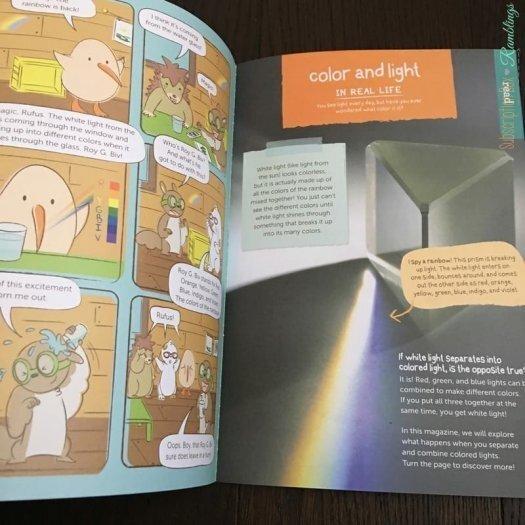