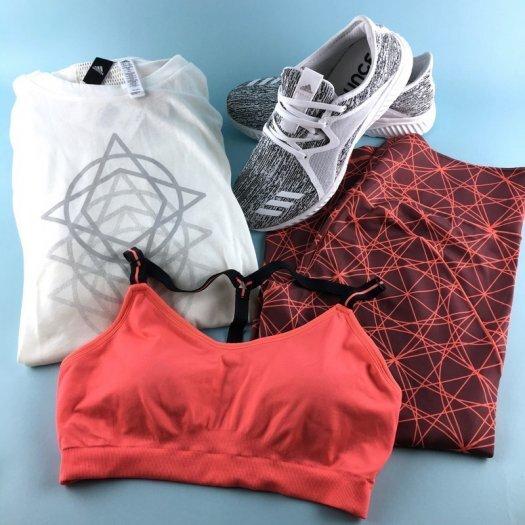 Avenue A by Adidas is a brand new subscription box from the folks at adidas. Boxes will include premium urban running gear, crafted and perfected by women, for women on the move. The box features three to five premium items – a mix of footwear, apparel, and accessories appropriate for the season delivered to your door each quarter. 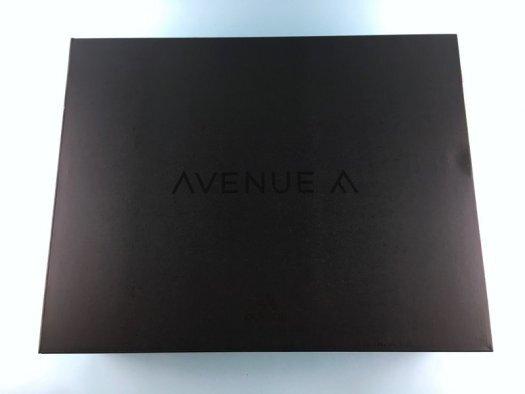 Avenue A by Adidas ships via FedEx on a quarterly basis. Once mine ships it usually takes just 2-3 days to arrive. 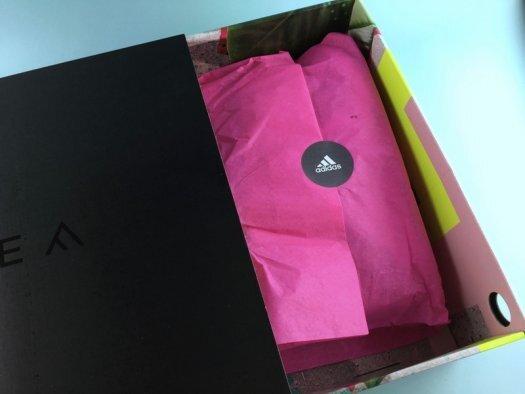 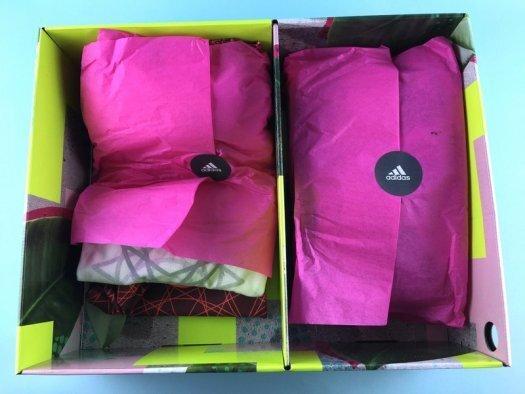 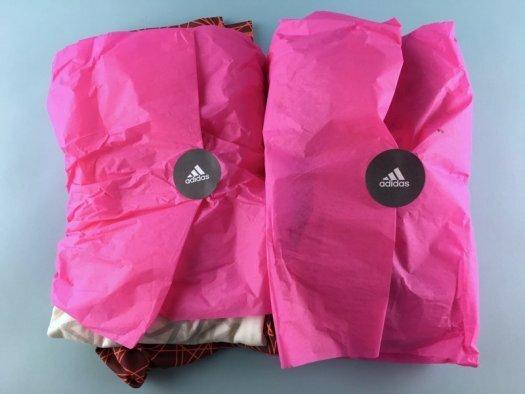 My Summer 2017 adidas Avenue A box didn’t have the normal information card in it this month. According to MSA, it included a card about the curator and the included shoe along with some healthy recipes. As you know, I love the information cards in subscription boxes, so I am sad mine was missing!  Luckily though, I knew what was coming and that it was curated by Wanderlust. The box included:

~adidas Edge Luxe 2 shoes ($85): These shoes have yet to be released, so I guessed on the price.  They are lightweight, but still, have a good amount of support.  While I prefer more brightly colored shoes, I like these more in person than I was anticipating.  The pattern is fun, and the fact that they are so comfortable won me over. 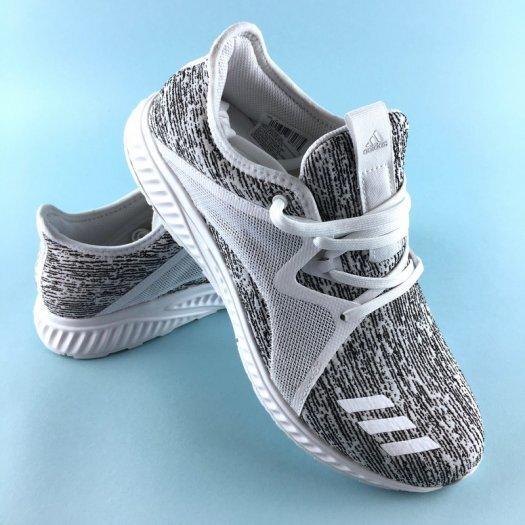 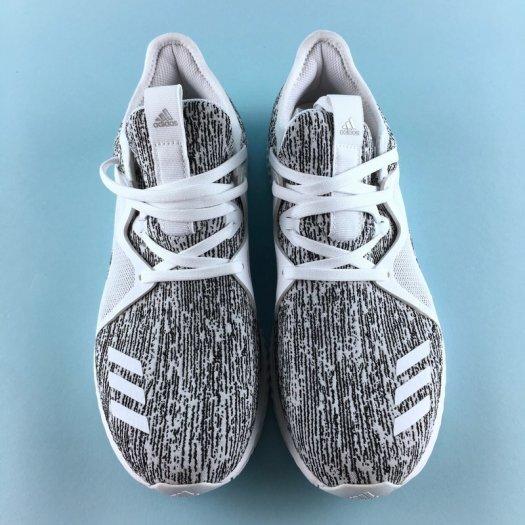 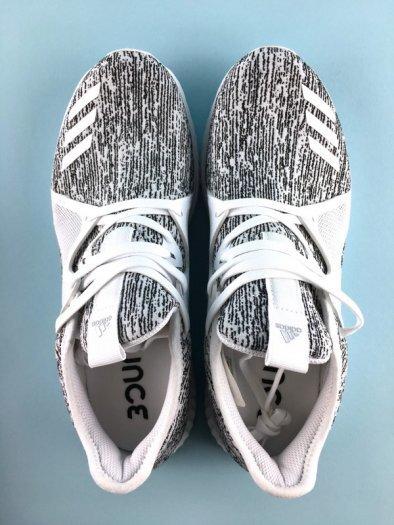 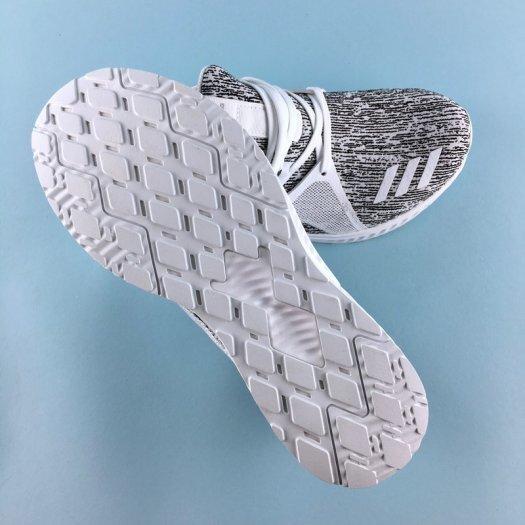 ~Wanderflow Seamless Bra ($35): I was under the impression that all subscribers would receive the same sports bras this season – in one of two colors.  However, mine was a completely different style than the one MSA received.  She received the Wanderflex Cross Back Bra ($35 value) while I received the Wanderflow Seamless Bra ($35 value).  I think I like mine better?  It’s not exactly supportive (but the other one looked even less supportive), but the other option looked even less supportive.  This one has adjustable straps (and removable cups) so I may be able to play around with it and get better support from it. 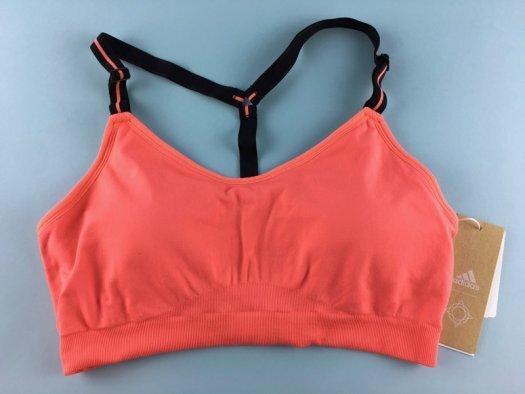 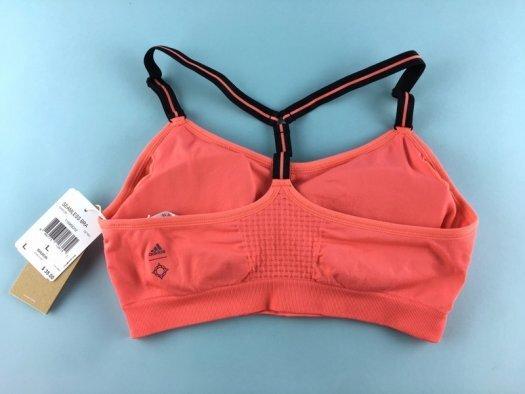 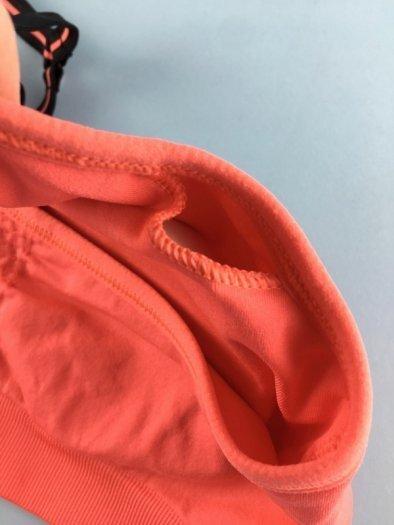 ~Wanderflex Iconic Three-Quarter Tights (Trace Grey) ($55): The adidas website calls these “Trace Grey,” but I cannot figure out why because they do not have any grey in them at all.  They are maroon and coral.  And if we are being honest I am not much of a fan of the colors together.  The tights themselves are fantastic – the material is SO smooth, and I love the thick waistband, but I would have preferred the black and white. 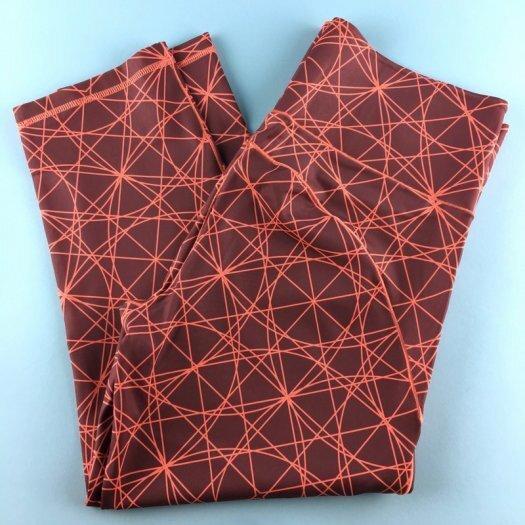 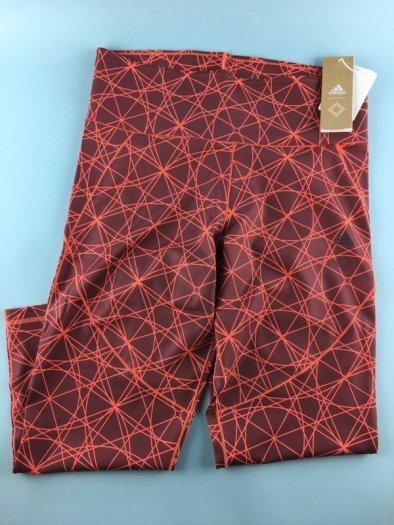 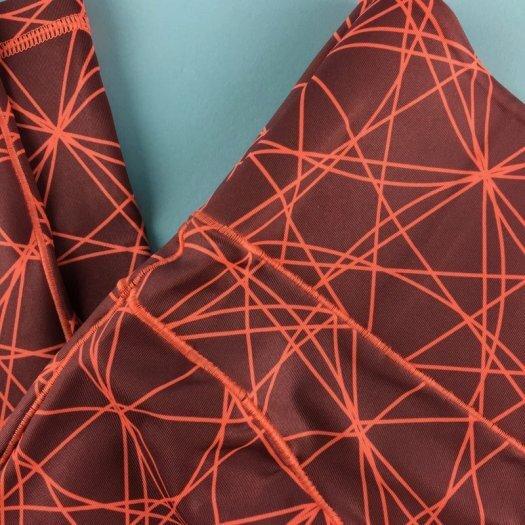 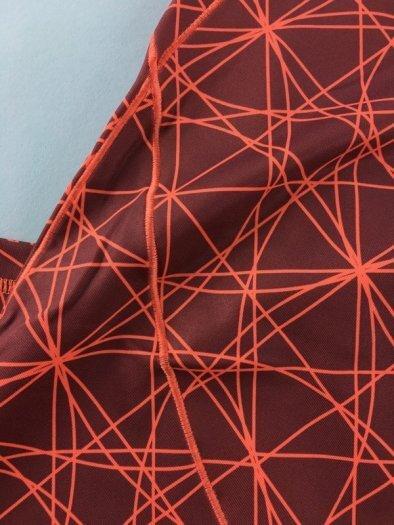 ~Wanderflow Tank Top (White) ($35):  I like the Wanderflow logo on here, and I feel like on the right person this is probably fantastic, but that person isn’t me.  It’s very sheer, and I felt like the armholes were very oversized.  The fit is designed to be loose, and it has a mesh back insert for breathability. 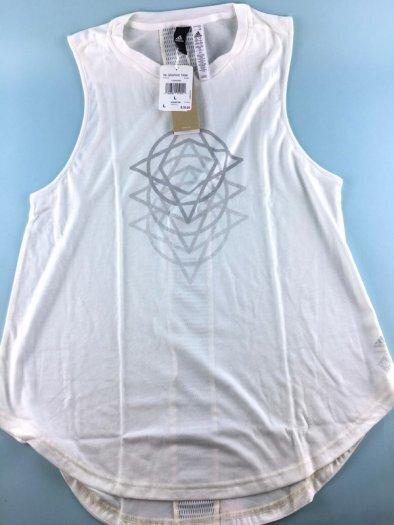 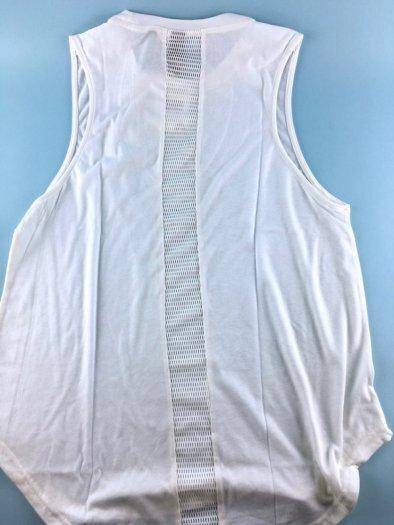 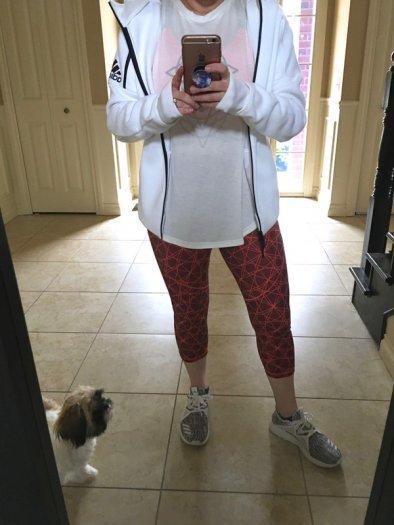 I wasn’t comfortable in just the t-shirt alone, so I tossed the adidas jacket we received in a previous box on over this.  Photobomb by Buster :). 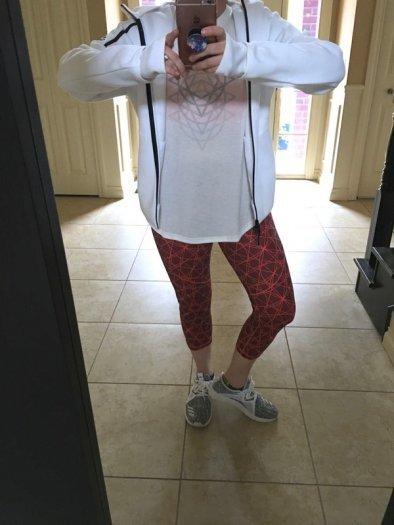 Love the fit of the leggings! 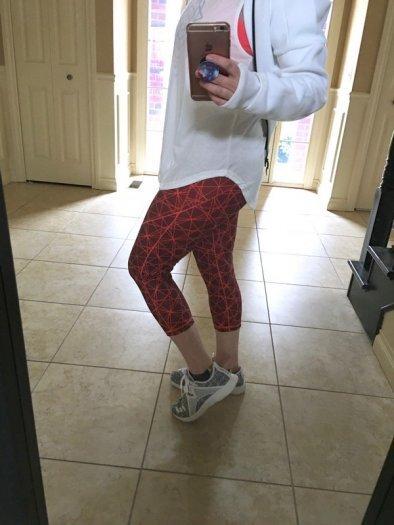 Hopefully you can see what I mean a little bit by the armholes in the t-shirt.  That’s the sports bra under it. 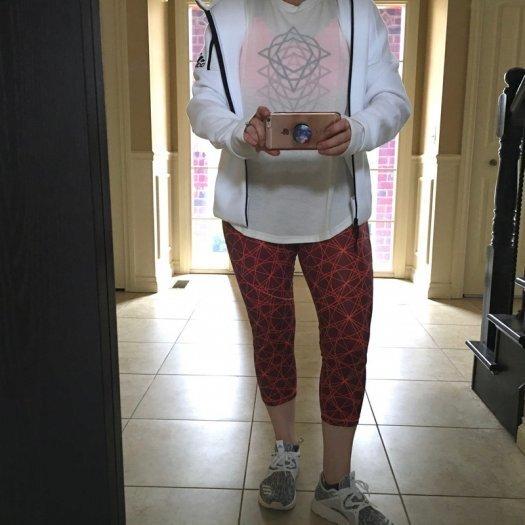 See what I mean about it being sheer?  I personally feel like I would need to wear a tank top under this to wear it out of the house, but I know some people would rock it with just a sports bra under it and look fabulous.

All totaled I came up with an (estimated) value of $210 for the Summer 2017 Avenue A by Adidas box.  This box was a miss for me.  I am happy with the shoes, but I don’t think I would have purchased any of these pieces on my own.  I know adidas Avenue A only promises three to five items, but I was surprised to get only four pieces – just based on what they have sent in their previous boxes.

Spread the love
Tags: May 2017 Reviews