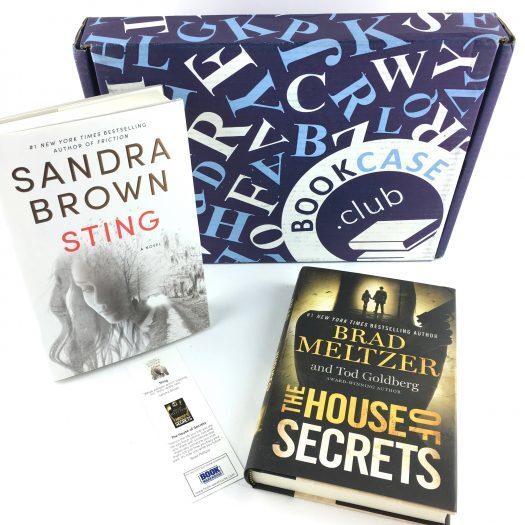 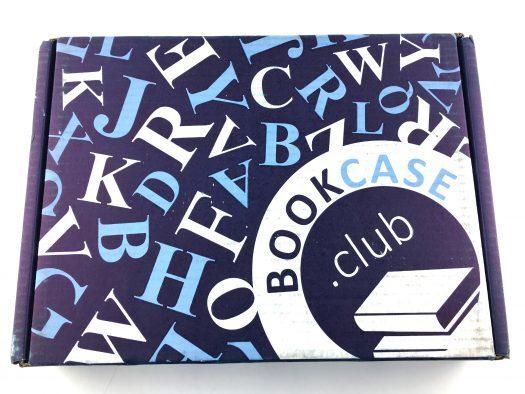 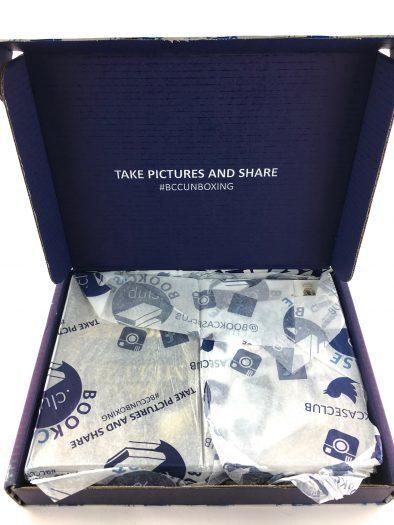 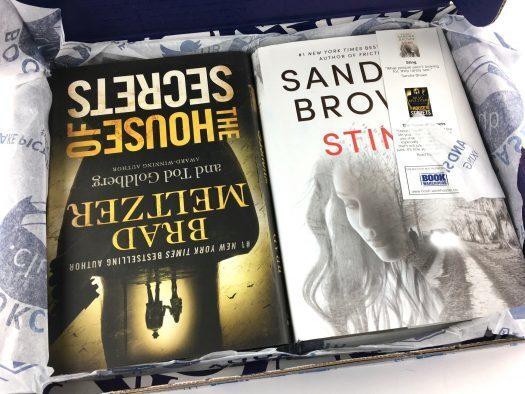 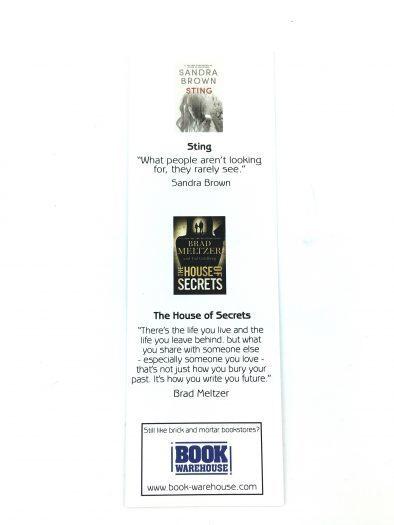 I was sent the “Thrill Seeker Case” which includes two handpicked Mystery/Thriller novels.  The September 2017 BookCase.Club included the following items:

~The House of Secrets by Brad Meltzer and Tod Goldberg ($5.40): Ohhh, this book sounds fantastic.   It seems to have a little something for everyone – politics, history, thrills, etc.   Some reviews describe it as complicated, but I am not far enough in to determine that yet.

When Hazel Nash was six years old, her father taught her: mysteries need to be solved. He should know. Hazel’s father is Jack Nash, the host of America’s favorite conspiracy TV show, The House of Secrets.
Even as a child, she loved hearing her dad’s tall tales, especially the one about a leather book belonging to Benedict Arnold that was hidden in a corpse.
Now, years later, Hazel wakes up in the hospital and remembers nothing, not even her own name. She’s told she’s been in a car accident that killed her father and injured her brother. But she can’t remember any of it, because of her own traumatic brain injury. Then a man from the FBI shows up, asking questions about her dad-and about his connection to the corpse of a man found with an object stuffed into his chest: a priceless book that belonged to Benedict Arnold.
Back at her house, Hazel finds guns that she doesn’t remember owning. On her forehead, she sees scars from fights she can’t recall. Most important, the more Hazel digs, the less she likes the person she seems to have been.
Trying to put together the puzzle pieces of her past and present, Hazel Nash needs to figure out who killed this man-and how the book wound up in his chest. The answer will tell her the truth about her father, what he was really doing for the government-and who Hazel really is. Mysteries need to be solved. Especially the ones about yourself. 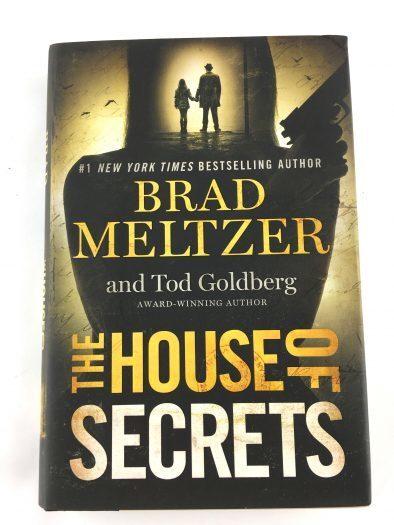 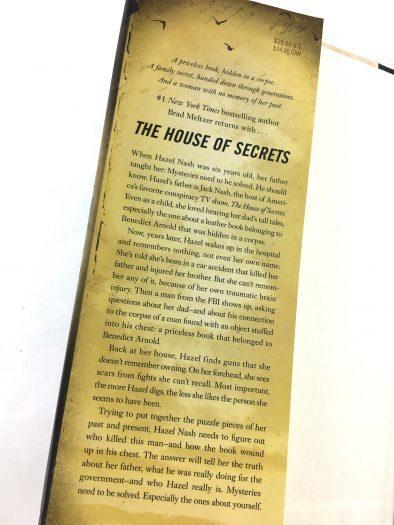 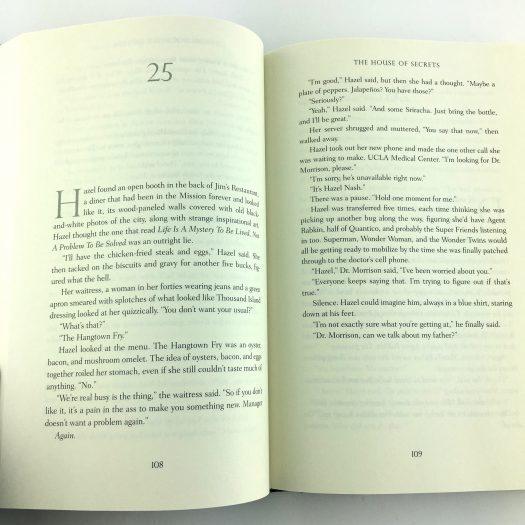 ~Sting by Sandra Brown ($17.18):  The description of this one alone scares me! I also feel like it would make an amazing movie.  I tried checking to see if maybe this was happening, but I couldn’t find anything.  Hopefully soon!

When Jordie Bennet and Shaw Kinnard lock eyes across a disreputable backwater bar, something definitely sparks. Shaw gives off a dangerous vibe that makes men wary and inspires women to sit up and take notice. None feel that undercurrent more strongly than savvy businesswoman Jordie, who doesn’t belong in a seedy dive on the banks of a bayou. But here she is . . . and Shaw Kinnard is here to kill her.
As Shaw and his partner take aim, Jordie is certain her time has come. But Shaw has other plans and abducts Jordie, hoping to get his hands on the $30 million her brother has stolen and, presumably, hidden. However, Shaw is not the only one looking for the fortune. Her brother’s ruthless boss and the FBI are after it as well. Now on the run from the feds and a notorious criminal, Jordie and Shaw must rely on their wits-and each other-to stay alive.

Miles away from civilization and surrounded by swampland, the two play each other against their common enemies. Jordie’s only chance of survival is to outwit Shaw, but it soon becomes clear to Shaw that Jordie isn’t entirely trustworthy, either. Was she in on her brother’s scam, or is she an innocent pawn in a deadly vendetta? And just how valuable is her life to Shaw, her remorseless and manipulative captor? Burning for answers-and for each other-this unlikely pair ultimately make a desperate move that could be their last.

With nonstop plot twists and the tantalizing sexual tension that has made Sandra Brown one of the world’s best-loved authors, STING will keep readers on the edge of their seats until the final pages. 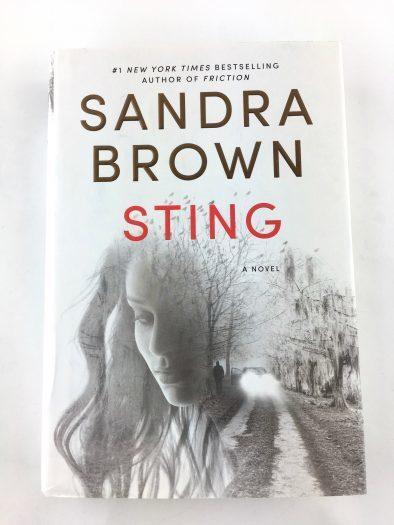 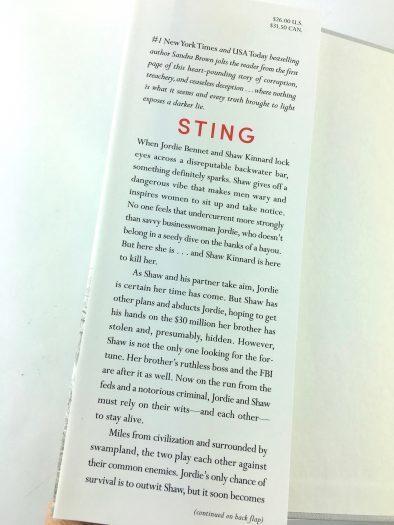 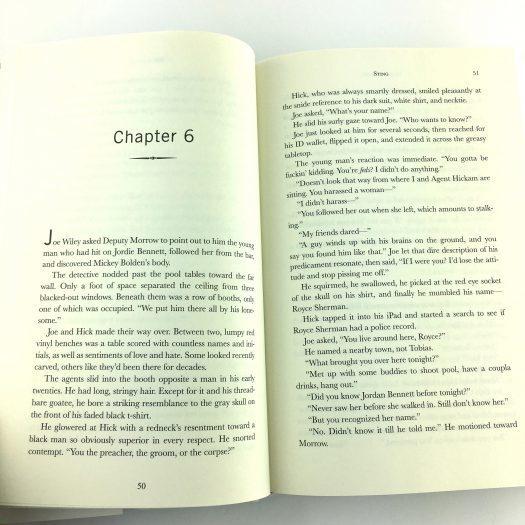 The September 2017 BookCase.Club had a value of about $22.  That’s well over the cost of the box, and I used Amazon prices for my calculations which are pretty hard to beat.