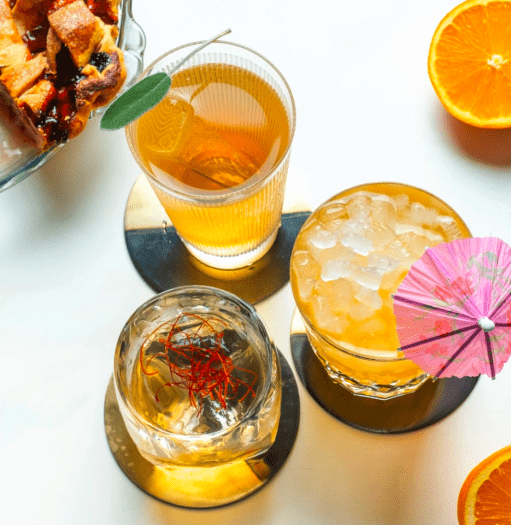 We have spoilers for the May 2022 Shaker & Spoon box!  The box theme is BRING ON THE BOURBON!

Our bridge to summer (aka the month of May) is within sight, and the time has finally come to throw open the windows, shout “Bring it on!” into the temperate wind, and allow a legendary spirit to shine.

As veteran Shaker & Spoon sleuths out there may already know, previous bourbon boxes have produced some of the most enduringly popular hits of our cocktail catalog—a factoid that should come as no surprise, as the Kentucky-born spirit has played such a prominent role at the bar throughout history. Bourbon may have been second to rye whiskey chronologically, but quickly it featured interchangeably alongside it—and was strongly preferred in the twentieth century, though that’s changing—in versions of old fashioneds, Manhattans, and sours, to name just a few. With its makeup of at least 51% corn and an unmistakable voice given by charred-oak aging, bourbon is a distinguished and delicious go-to, and it’s adaptable enough to make a fan out of anyone.

When it comes to the three bartenders featured in the upcoming Bring on the Bourbon Box, their creations are always candidates for the next big S&S hit. And these bourbon cocktails are getting set to fully sing of the spirit while taking light and bright turns in celebration of that special time of year when summer begins to show its sunny smile to spring. Subscribe now through April 30th (while supplies last!) to get the Bring on the Bourbon Box—it’s slated to ship the week of May 2nd (and we know Mother’s Day is right around the corner on May 8th!). 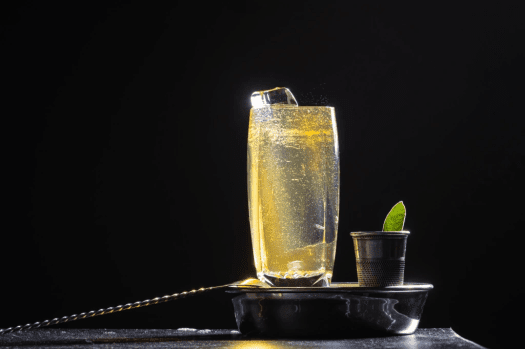 A self-admitted agave spirits guy first and foremost, Sam Jimenez is excited to take on bourbon and tap into its capabilities as a lively refresher. To help achieve this, he’s reached back to a 100-year-old American soda brand that’s recently been breathing new life into its legacy. His tall, easygoing sparkler poses the question, Is it Summer Yet? And the answer, despite what the calendar says, must be a resounding yes after a spritz of sage and a taste of the crushable combination of bourbon, strawberry-rhubarb syrup, and Reading Draft Honey Pear soda.

Sam is a 27-year veteran of the food and beverage industry, a crafter of cocktails, and a connoisseur of Mexico’s agave-based spirits. He currently represents small-batch craft distilleries that are working to keep Mexico’s unique liquid culture alive. 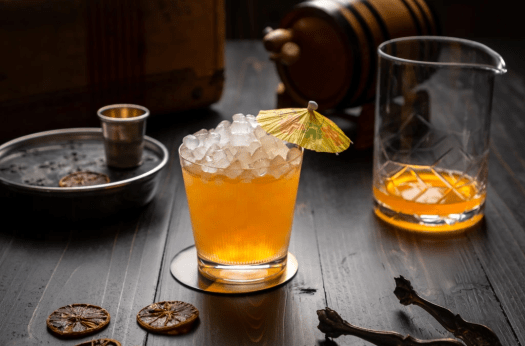 The citrus is certainly strong with Robert Sickler in this cocktail he’s invitingly labeled a “fun patio pounder.” Exactly as it should be with The Caloosahatchee, an homage to the southern Florida river whose banks he grew up on, surrounded by fresh fruit trees. His chosen bounty to accompany bourbon on a mound of crushed ice is orange two ways (in a sparkling soda and smoked orange bitters), along with a lemongrass-ginger-lemon syrup that brings dynamic depth to all that satisfying sunshine.

Robert is the owner and operator of Bayou Bodega Natural Wine Bar in Tampa and the host of the spirits podcast Raise a Glass. He’s also the owner of Voice of Whisky, a company specializing in whisky tastings and education, and is a licensed instructor for the Whisky Ambassador program based in Glasgow, Scotland. 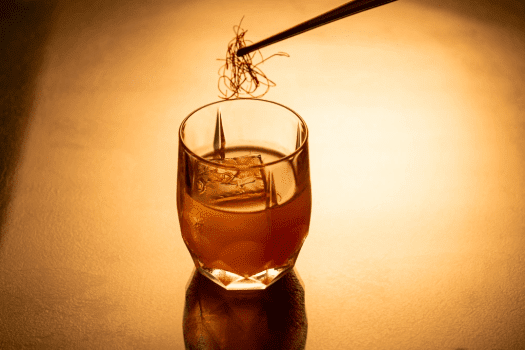 As far as modern hybridized holidays go, it’s hard to beat the years when the Kentucky Derby and Cinco de Mayo collide and inspire festive parties nicknamed Derby de Mayo. And, while a tequila julep indeed sounds nice, here’s an old fashioned that can certainly crowd-please like no other. Christine Wiseman’s Choco Facto stars bourbon side by side in harmony with spiced and nutty Mexican chocolate and barrel-aged coffee bitters for a cultural blend that’ll send your fiesta off to the races!

Christine is the beverage director of Bar Lab Hospitality Group, a position that’s taken her from Broken Shaker Los Angeles all the way to Miami, where she leads the bar programs at Margot, Hoja, and Broken Shaker.

Coupon Code
Subscribing for the first time? Don’t forget to use code LETSGO for $15 off!

Spread the love
Tags: May 2022 Spoilers