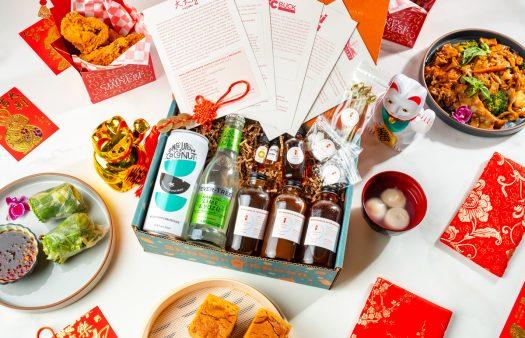 We have spoilers for the February 2023 Shaker & Spoon box!  The box theme is Daijoubu 2 Box.

Where in the world will Daijoubu’s Caer Maiko and Sharon Yeung, the traveling superstars of “super Asian cocktails,” bring their funky style of festivities next? Hmmm, we may have an idea . . . and it will be just the combination to spirit you away from the everyday ho-hum: Japanese whisky and Daijoubu Pop Up at home will have you saying Kanpai! and feeling more than just fine in no time at all!

The beauty of a cocktail pop-up concept is that it’s agile enough to move and shake to an establishment near you practically on a whim. And Caer and Sharon have certainly been keeping busy doing just that!

They’ve curated an experience steeped in their Asian American identities that’s gone coast to coast on a mission to fulfill the potential they see for bold and imaginatively applied Asian flavors—the sweet, savory, and everything in between—to supplant the standard and humdrum when it comes to cocktail menus. 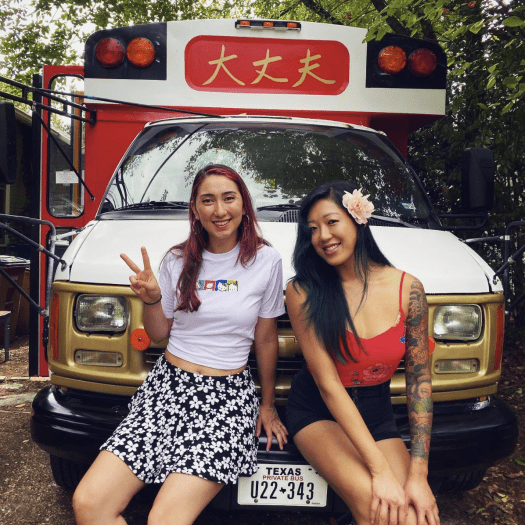 And what a creative cross-country trek it’s been! Some of the standout creations they’ve cooked up for crowds have featured far-out flavor combinations such as a Twin Dragon almond cookie syrup, cherry blossom vermouth, matcha horchata, and more! So, again, where are the drinkable delights of Daijoubu going to pop up next? Ever heard of a little place called your home address!?

And it won’t be the first time! Way back in 2020, we were first dazzled by the inaugural Daijoubu Box, which included some enduring catalog favorites such as the Seoulful Sour. For this round, which arrives right on the tail end of the 15-day Lunar New Year celebration, Caer and Sharon will be taking care of all your cocktail needs—with Japanese whisky in the spotlight.

There will be dazzling drinks for days in the Daijoubu 2 Box—along with a chance to grab some sweet swag for a lucky group of subscribers!—and a ton of excitement to tide you over until Caer and Sharon someday roll into your town in the flesh!

Here, Caer and Sharon tip their caps to both the Chinese dessert Tang Yuan and to Usagi Tsukino, better known as the 1990s manga icon Sailor Moon. Just like her, there are two personas to In the Name of the Moon—it can be made warm or cold!—and after fat-washing Japanese whisky with nutty, savory sesame oil, the cocktail shoots skyward in either form thanks to its adorable mochi garnish and Cosmic Heart syrup, which richly blends woodsy Chinese licorice root and ginger spice.

If it’s a Daijoubu Box, smart money’s on there being a tasty tea concoction in the mix. The first time Caer and Sharon took us to the land of abundant brews, we learned the ABCsregarding the importance of the beverage in Chinese and Japanese cultures—and now their cool, refreshing Thai One On moves to a full-flavored and iced fave from another country.

While Thai iced tea is the inspiration, this cocktail is a considerably lighter take that features coconut water instead of the traditional condensed milk, a breezier base to help it boast the nuances of Japanese whisky and Thai tea syrup, as well as additional accents of orange and curry.

1977: the year of Luke Skywalker, the Bee Gees, and . . . Yu Seok-ho. While many Americans may not know him by name, Yu is considered the father of another famous KFC—Korean fried chicken! Yu traveled to America in the 1970s and then brought some secrets back to open the first modern Korean fried chicken establishment, Lim’s Chicken. A dish so big that it’s put Seoul right up there with the Southern states, it arrives alongside a colorful kaleidoscope of banchan (small side dishes) and is sufficiently sauced—the flavors of which inspired Caer and Sharon to develop this sweet, sour, savory sparkling cocktail.

The KFC Buck teams up Japanese whisky with lime and yuzu soda, plus a shrub based on the popular condiment yangnyeom that features rice vinegar, soy, garlic, gochujang, and strawberries all blended into one taste that’s fruity, unfried!, and full of yummy umami undertones

Coupon Code
Subscribing for the first time? Don’t forget to use code DAIJOUBU15 for $15 off!