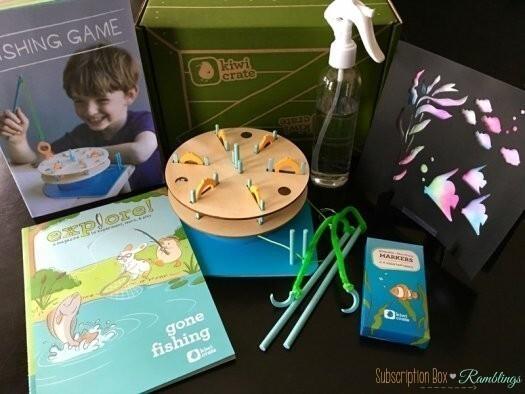 Kiwi Crate boxes are designed around fun themes and filled with all of the materials and inspiration for hands-on projects for kids ages 3-7. It was one of the first boxes I ever subscribed to and we’ve enjoyed doing the projects over the years. 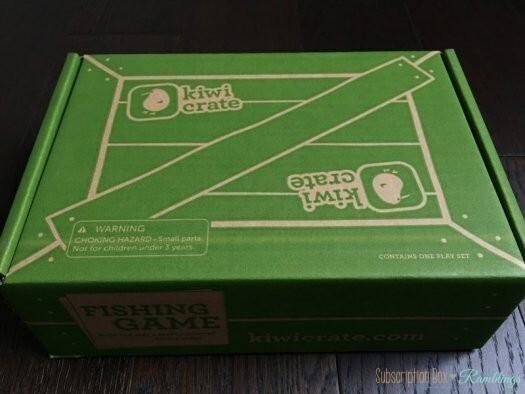 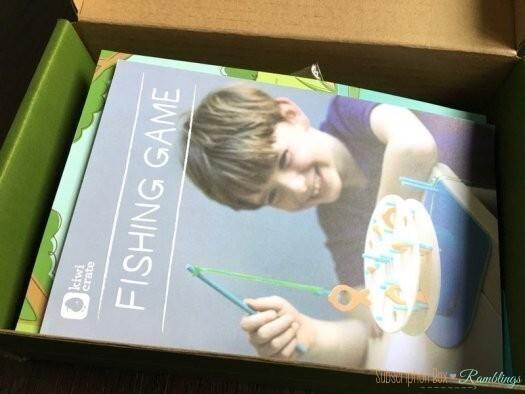 L (my now 8-year-old) used to get this box, but he’s aged out of it (he gets Tinker Crate) and his 4y-ear-old brother (W) has taken it over. 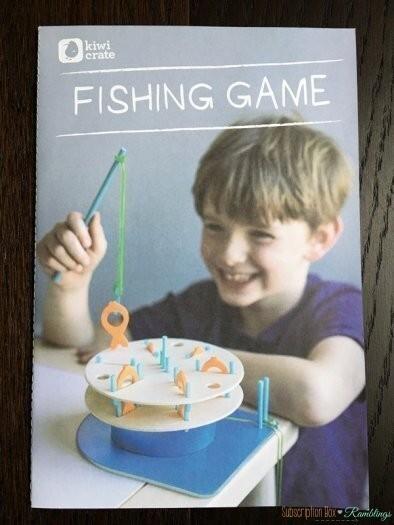 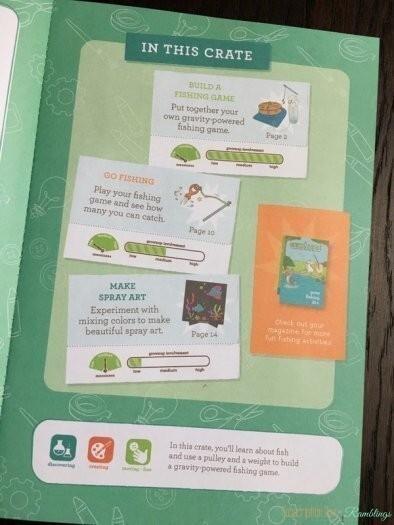 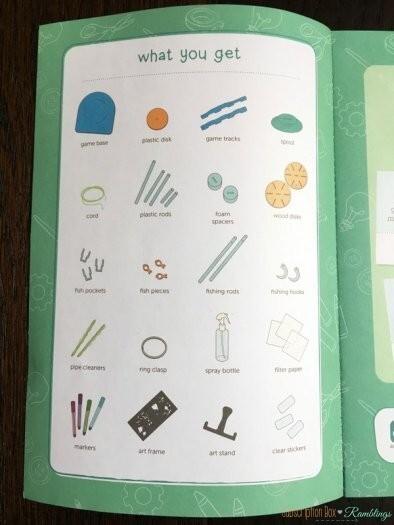 The December 2017 Kiwi Crate theme was “Fishing Game.”  The crate included all of the supplies and instructions to Build a Fishing Game, Go Fishing and Make Spray Art. 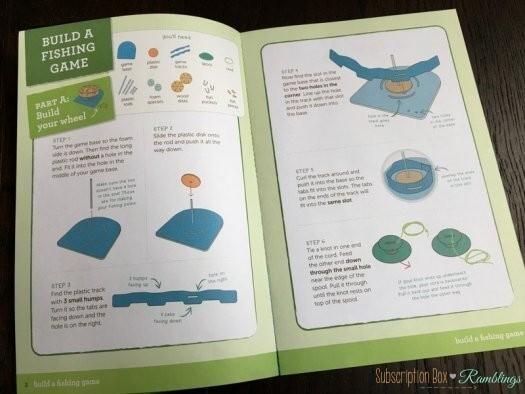 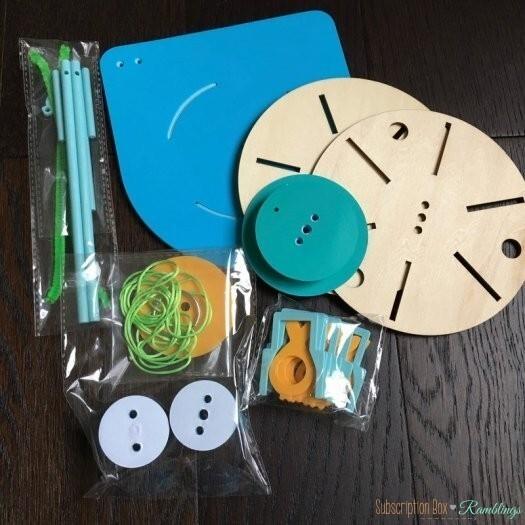 The Building A Fishing Game included everything needed to put together your own gravity-powered fishing game.  It was low on the messiness scale and high on the grown-up involvement scale.  I found both of these to be very true.  W is on the lower end of the age group for this and did about 90% of the building of this. 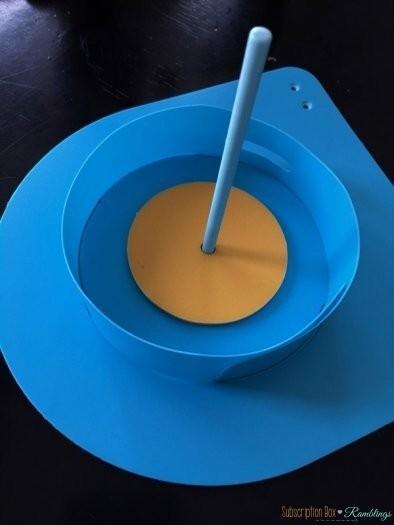 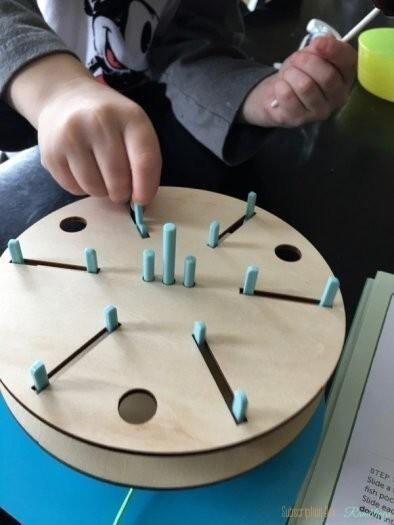 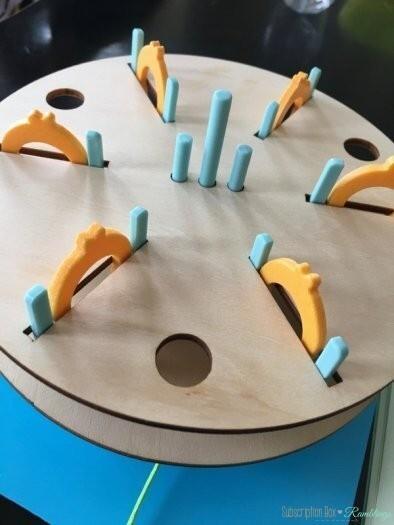 The instructions were pretty clear on this, and it only took a few minutes to put together.  I have no doubt that my 8-year-old could have done it even faster than I did. 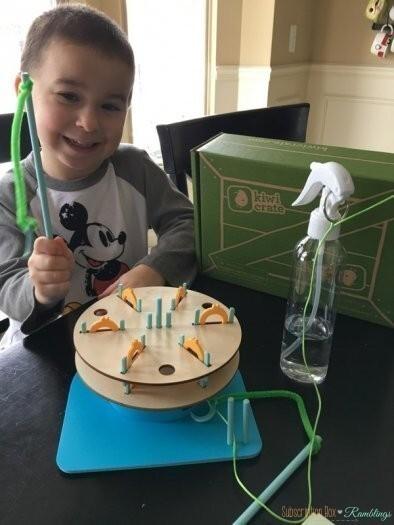 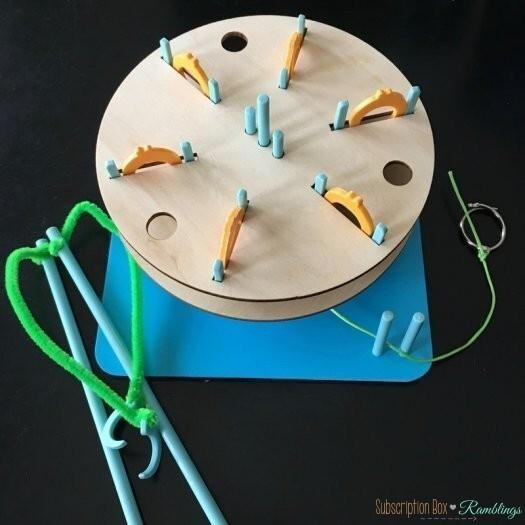 W and I had a great time fishing!  We realized that we overfilled the water bottle which made the game spin WAY too fast (so fast we couldn’t catch any fish), so we had to make some adjustments to that. The pipe cleaner fishing rods made it hard (well harder than I was expecting) to catch the fish, but we were cracking up trying.  So much fun! 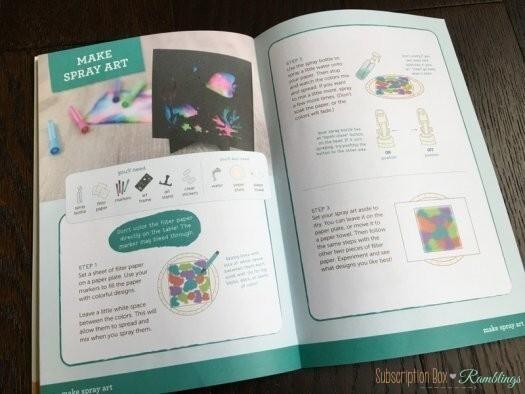 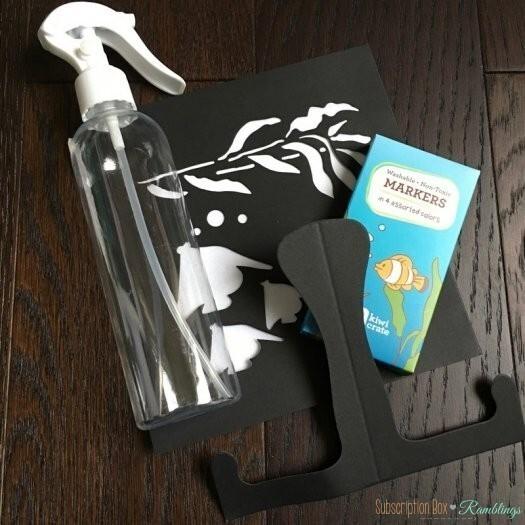 Make Spray Art allows you to experiment with mixing colors to make beautiful art.  It was medium on the messiness scale and low on the grownup involvement scale. 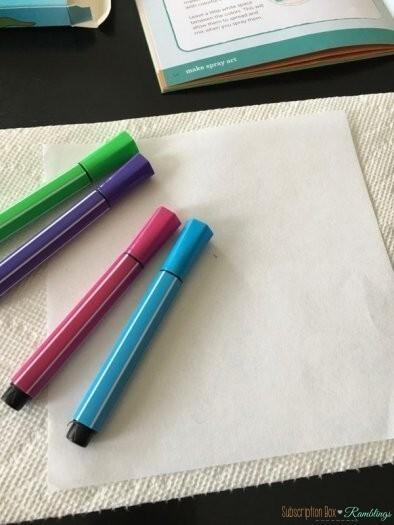 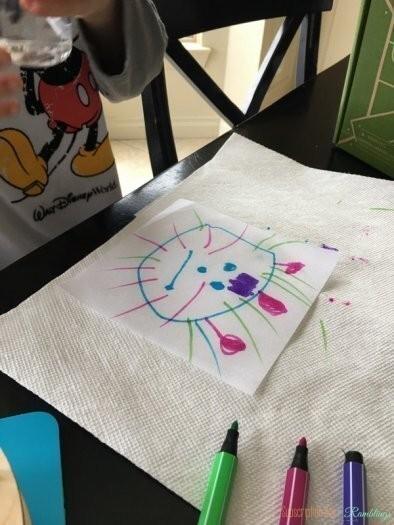 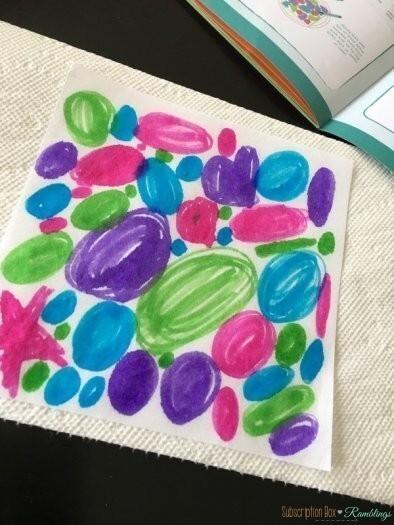 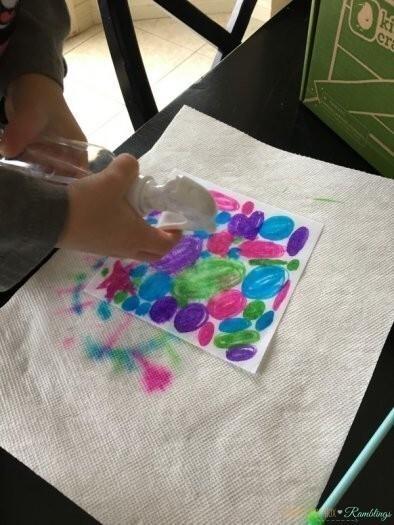 W and I both worked on designing spray art.  I explained to him that more colors and larger color blocks would turn out better and that he should fill his page up, but he insisted on drawing a silly picture ;).  I think his favorite part was spraying our pictures with water, though.  He *may* have oversprayed and diluted the color too much, but who cares?  He loved it ;). 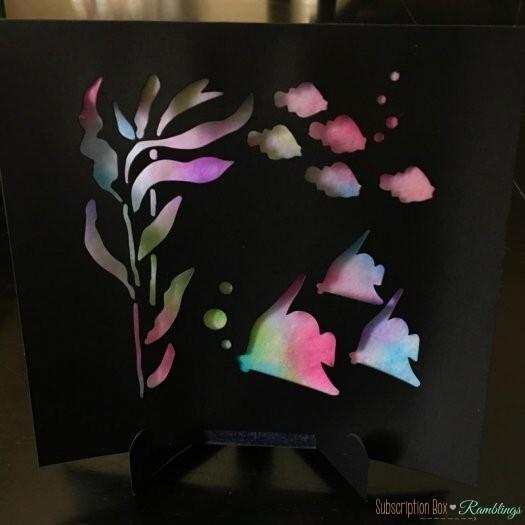 After it semi-dried, we added a little more color to make it pop!  It turned out way cuter than we were expecting. 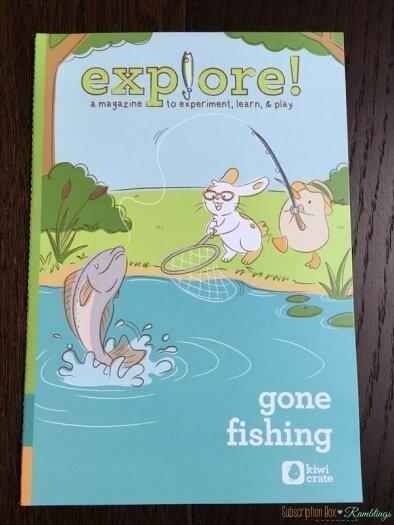 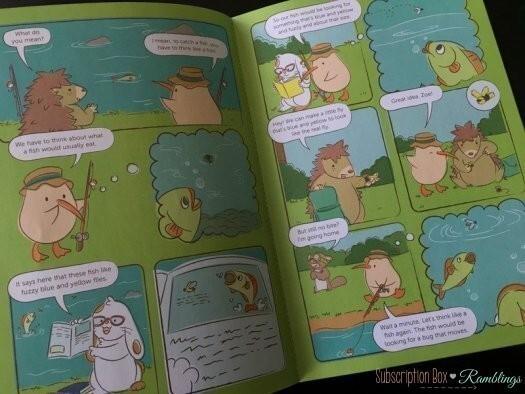 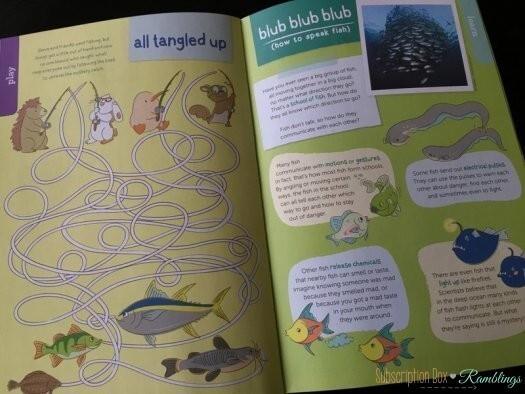