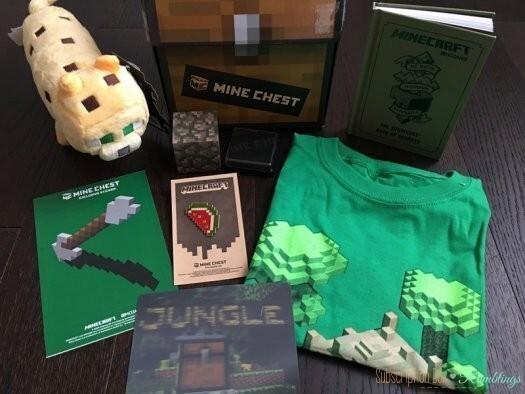 Mine Chest, the first official Minecraft subscription box, is a bundle of hand-picked, official, Minecraft goodies, delivered right to your doorstep every other month. Exactly what’s included is a closely-guarded secret, but expect an exclusive t-shirt, exclusive items, a premium collectible chest, a unique project, and a selection of official collectibles. It should be noted that Mine Chest has recently joined forces with Loot Crate and now ships bi-monthly instead of monthly. In addition, the price has increased from $36.99 to $39.99/box. 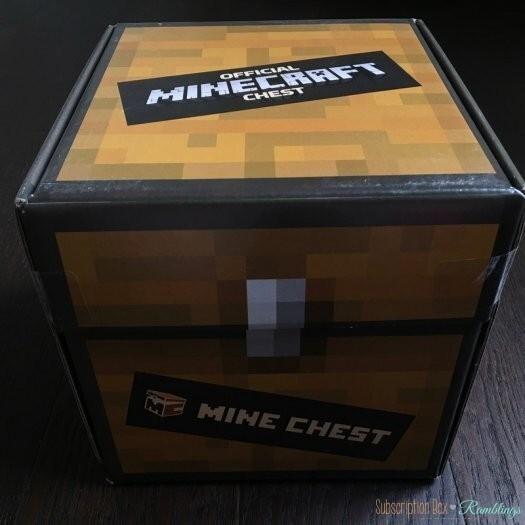 Mine Chest ships via USPS. They used to ship during the end of the month, but they now ship at the beginning of the month. Or they are supposed to anyway. I originally thought this box would ship in January, but this is the start of their bi-monthly boxes, so it’s the February one. Hopefully with Loot Crate involved all these shipping issues will get worked out soon. 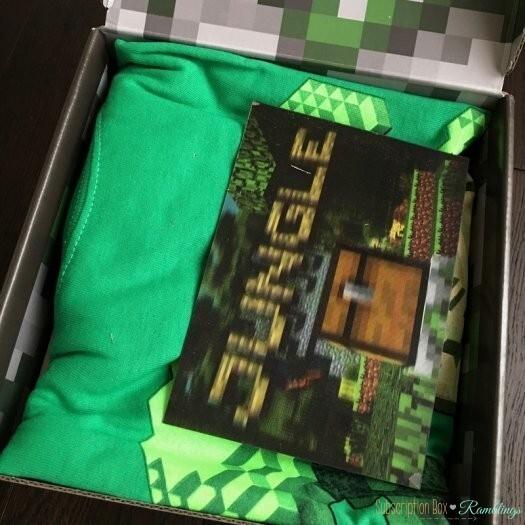 My boys are 4 and 8 and are absolutely obsessed with Minecraft.  They were actually just asking me when their next Mine Chest was coming earlier this week! 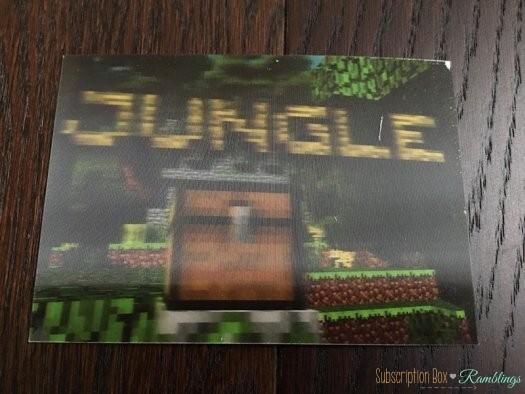 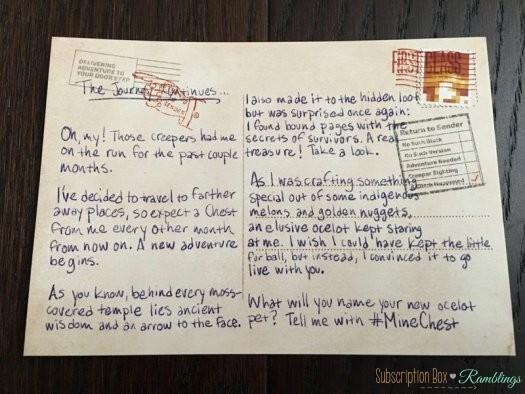 The February 2017 Mine Chest theme was “JUNGLE” and included the following items:

~Jungle Temple T-Shirt:  L (my 8 year-old) claims all the t-shirts!  They are all Mine Chest exclusives and I don’t think they have ever made one that he doen’t like (every Mine Chest has a t-shirt). This will also double as a St. Patrick’s Day shirt for him. 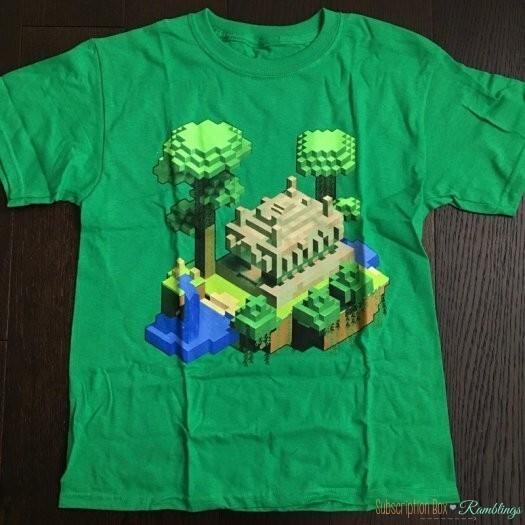 ~Plush Ocelot ($18.99): We love when there is a plush in Mine Chest boxes!  My 4-year-old claims them all and soon we will have the entire village. 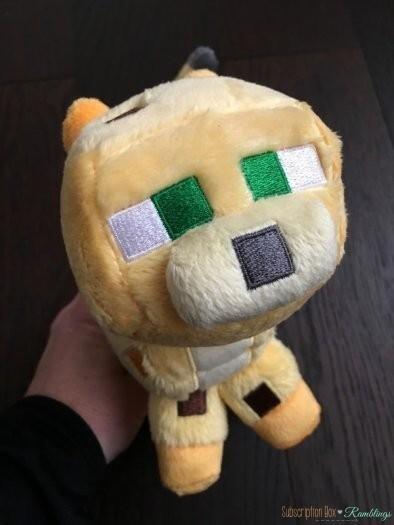 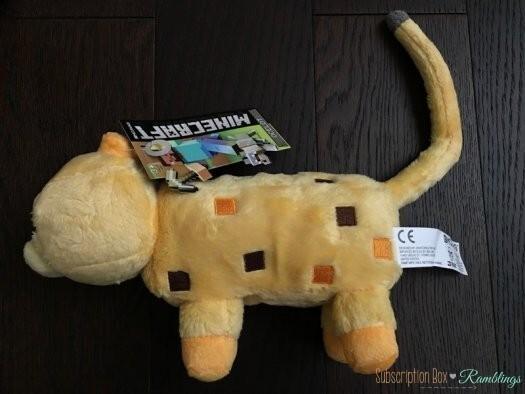 ~Minecraft Mine Chest Watermelon Pin: So far I believe that every Mine Chest has included a Mine Chest exclusive pin.  They get worn for awhile and then end up on backpacks and totes. 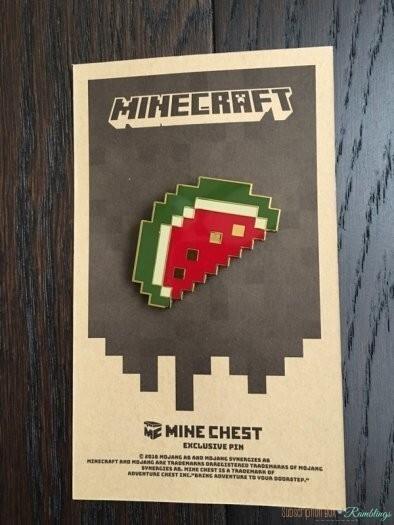 ~Minecraft The Survivors’ Book of Secrets ($7.55): L ran off with his book as soon as he opened the box and I haven’t seen it since. We have a ton of Minecraft books, but happily this is a new one to us.

From Amazon:
This official Minecraft™ book contains the collective knowledge of the Survivors: an underground group of Minecraft™ experts who have been around since the days of Alpha. 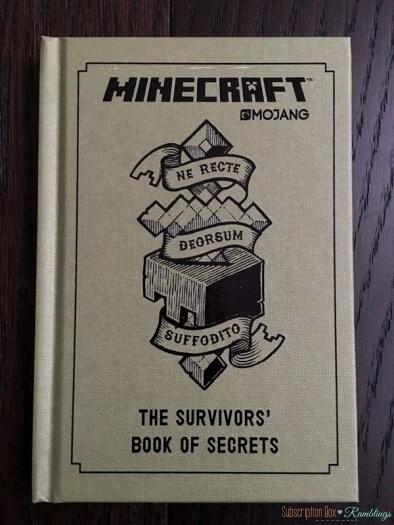 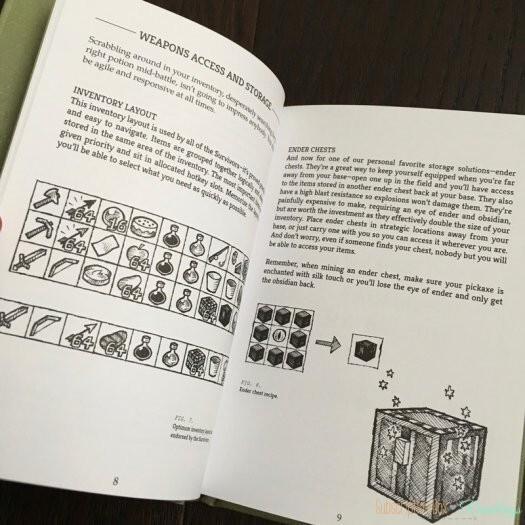 ~Minecraft Stamp & Ink Pad: So far every Mine Chest has included a Pin and a Stamp & Ink Pad.  They always relate to the theme and while my kids seem happy with them, I hope they start to switch it up and send something other than stamps in the coming months. 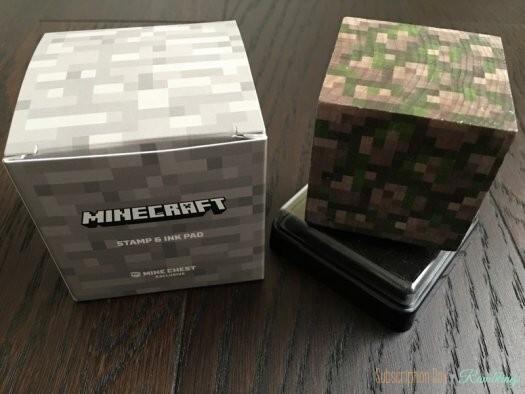 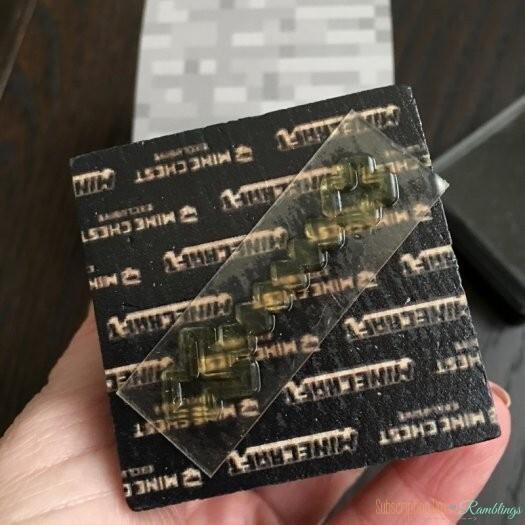 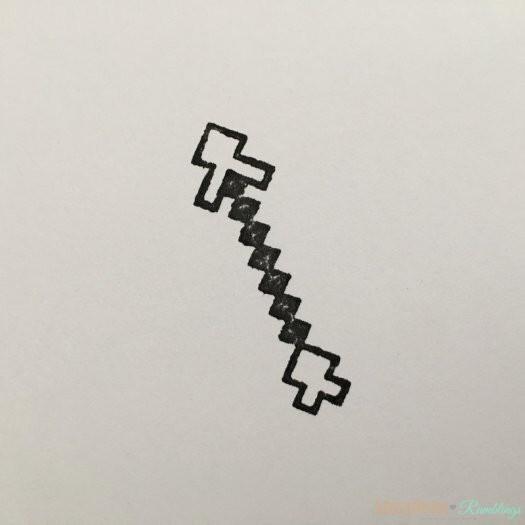 ~Mine Chest Arrow Sticker: This is another Mine Chest exclusive!  This almost the perfect size for the back of an iPad mini which I am pretty sure is where this will end up. 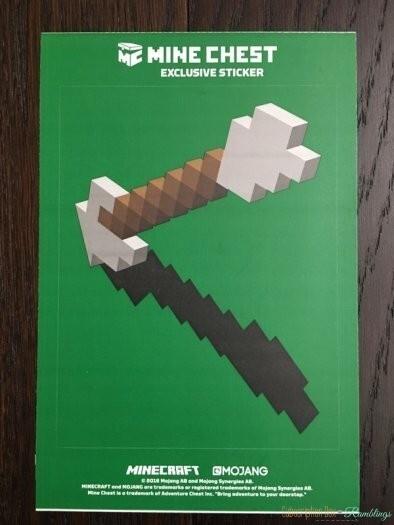 As usual my boys loved this month’s Mine Chest!  As I mentioned they are addicted to Minecraft and really, Mine Chest can do no wrong in their book!

Did you get the February 2017 Mine Chest?  What’d you think? If you are interested in subscribing, you can get signed up here.  You have until March 15th at 9pm PST to get signed up for the next box.