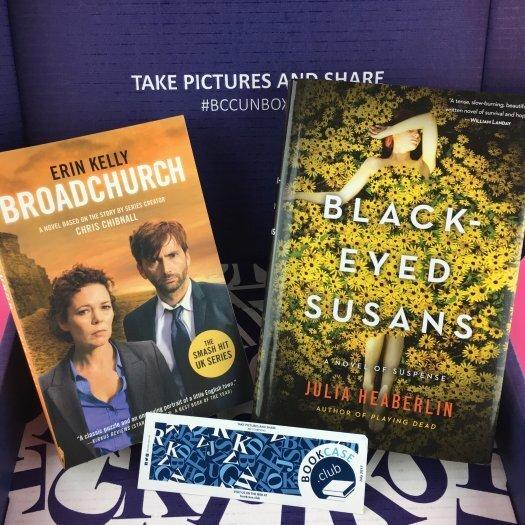 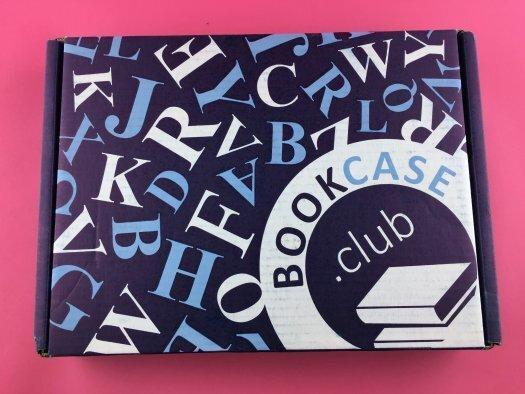 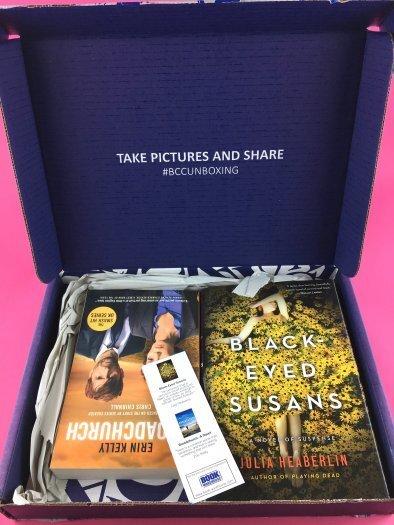 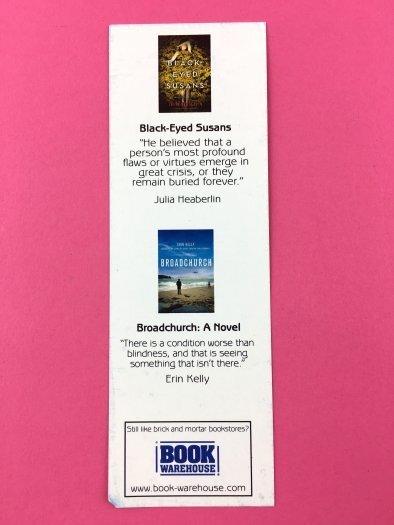 I was sent the “Thrill Seeker Case” which includes two handpicked Mystery/Thriller novels.  The July 2017 BookCase.Club included the following items:

Description from Amazon:
In the sleepy British seaside town of Broadchurch, Detective Ellie Miller has just returned from vacation, only to learn that she’s been passed over for a promotion at work in favor of outsider Alec Hardy. He, escaping the spectacular failure of his last case, is having trouble finding his way into this tight-knit community wary of new faces. But professional rivalry aside, both detectives are about to receive some terrible news: 11-year-old Danny Latimer has been found murdered on the beach.

For Ellie it’s a personal blow; Danny was her older son’s best friend. She can’t believe anyone in Broadchurch would ever have harmed him. But Alec considers everyone, even Danny’s parents, suspect in his death. It’s a living nightmare for everyone involved…even before the press arrive and start stirring up the secrets every town member keeps hidden behind closed doors.

An intimate portrait of a town and the ordinary grievances that have slowly simmered for years before boiling over in an unthinkable crime, this remarkable adaptation of the hit television show Broadchurch tells the story of a shattered family, a reeling town, and the two imperfect detectives trying to bring them answers. 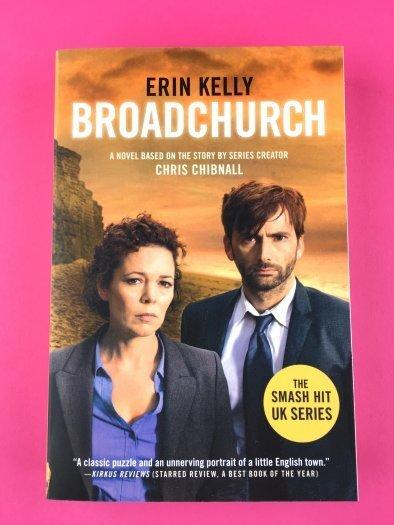 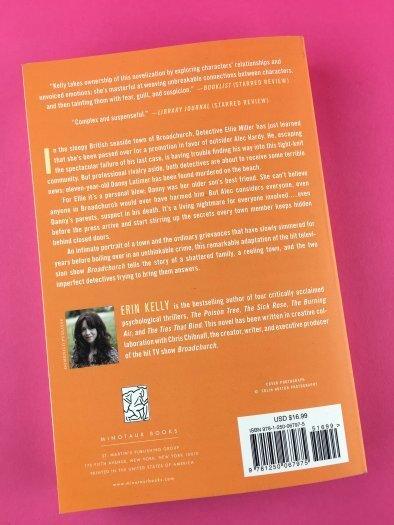 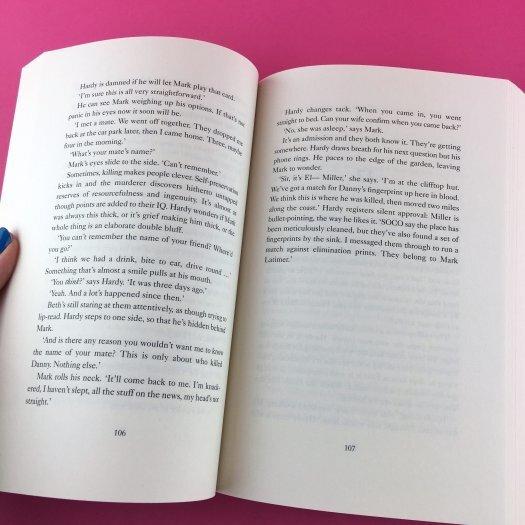 ~Black-Eyed Susans by Julia Heaberlin (Hardcover) ($14.58):  Ack, this one looks even better!  In a scary I don’t want to read alone at night kind of way!

From Amazon:
As a sixteen-year-old, Tessa Cartwright was found in a Texas field, barely alive amid a scattering of bones, with only fragments of memory as to how she got there. Ever since, the press has pursued her as the lone surviving “Black-Eyed Susan,” the nickname given to the murder victims because of the yellow carpet of wildflowers that flourished above their shared grave. Tessa’s testimony about those tragic hours put a man on death row.

Now, almost two decades later, Tessa is an artist and single mother. In the desolate cold of February, she is shocked to discover a freshly planted patch of black-eyed susans—a summertime bloom—just outside her bedroom window. Terrified at the implications—that she sent the wrong man to prison and the real killer remains at large—Tessa turns to the lawyers working to exonerate the man awaiting execution. But the flowers alone are not proof enough, and the forensic investigation of the still-unidentified bones is progressing too slowly. An innocent life hangs in the balance. The legal team appeals to Tessa to undergo hypnosis to retrieve lost memories—and to share the drawings she produced as part of an experimental therapy shortly after her rescue.

What they don’t know is that Tessa and the scared, fragile girl she was have built a  fortress of secrets. As the clock ticks toward the execution, Tessa fears for her sanity, but even more for the safety of her teenaged daughter. Is a serial killer still roaming free, taunting Tessa with a trail of clues? She has no choice but to confront old ghosts and lingering nightmares to finally discover what really happened that night.

Shocking, intense, and utterly original, Black-Eyed Susans is a dazzling psychological thriller, seamlessly weaving past and present in a searing tale of a young woman whose harrowing memories remain in a field of flowers—as a killer makes a chilling return to his garden. 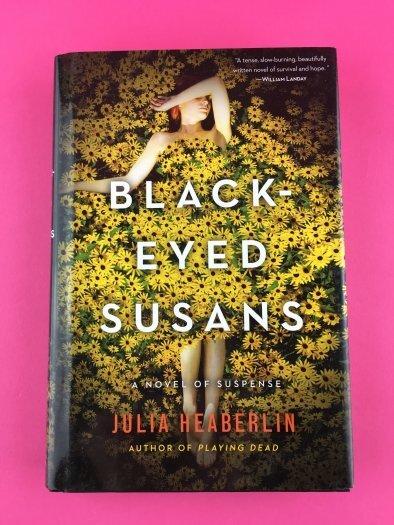 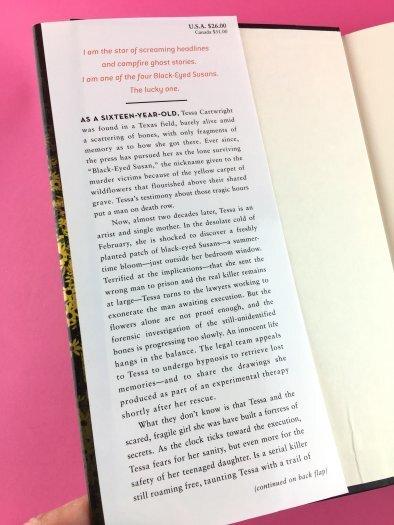 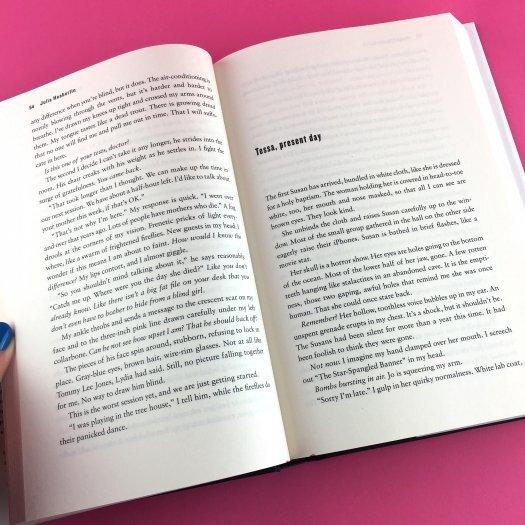 My July 2017 BookCase.Club had a value of about $25.  That’s using Amazon prices which is pretty impressive!